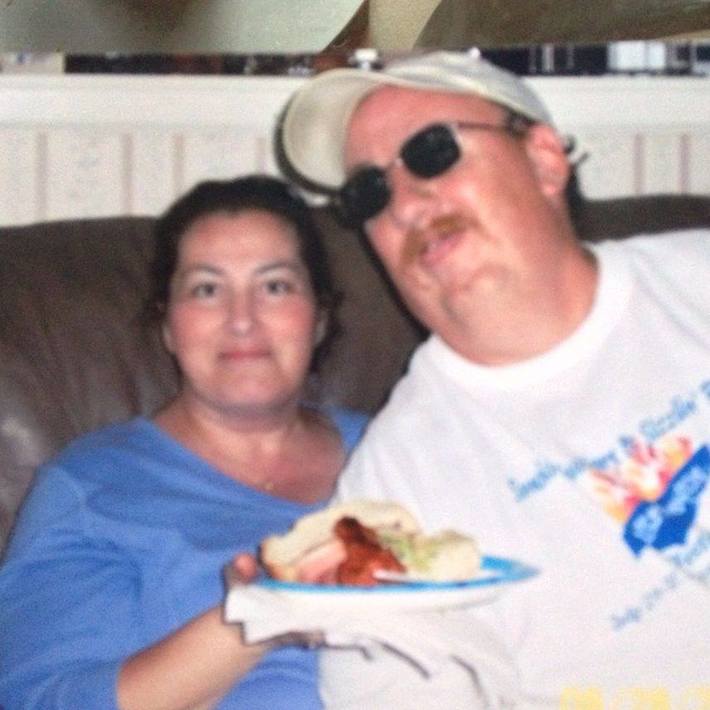 We seem to be living in an age where widowhood is a bit more central to the themes of tv shows and some movies. Very few of them I can watch, just not my style, I'll never watch This is Us and…Continue

Don replied to Soaring Spirits's discussion Introduce yourselves, please!
"Hi donald, I'm also a donald from new york, live on staten island. I sent you a friend request on here. we should talk....when you're ready"
Thursday
Don replied to Maggiepie's discussion Talking to hubby in my head or aloud
"The best one was, I was getting ready to leave for work one morning, put on the jacket, grab the phone, ipod, hat and my bag, and then I said in a loud voice, as if someone was there..."I'm going!" WTF! "
Tuesday
Don replied to Maggiepie's discussion Talking to hubby in my head or aloud
"Hi Maggie, I am 4 1/2 years out, I still talk to Arlene in the house and sometimes out and about. I also at times think I hear her voice, but that might be my brain (such as it is) protecting me. Thinking I hear her started for me in the 1st month…"
Jan 13
Don commented on CryinCali's blog post Unhappy new year
"I'm so sorry. They say that when it rains it pours, but does it have to be a tsunami?"
Jan 5
Don commented on Rainy (Misty)'s blog post Going into my third year
"I'm proud of you"
Jan 2
DeeDee commented on Don's blog post I have been invited to a wedding`
"I’ve been invited to a wedding as well, my “w” card is still too raw and fresh, 3 weeks today. People mean well but don’t quite understand that events such as these makes it harder. I politely said “ thank you so much…"
Dec 14, 2019
Don posted a photo

I have been invited to a wedding`

But really, I don't want to go, Short of pulling the "W" card, how do I get out of this? I'd be going alone, I don't do weddings well anyway and about the last thing I want to deal with is risking a DUI, because I WILL drink at it and its in New Jersey and I live on Staten Island, so a cab isn't an option. How the Hell do I get out of this gracefully?See More
Oct 16, 2019
7 Comments 0 Likes
Don replied to bblue5's discussion Anyone experiencing loneliness? in the group Born in the 50s
"Constantly! I've tried to get people to do stuff with me, I never have anyone take me up on it. The 3 people I'm closest to, I never hear from them. Seldom do I get a text or a phone call, and that includes family, EVERYONE is too busy for…"
Oct 15, 2019
TeresaNY replied to Don's discussion The Unicorn
"Thanks for the recommendation.  I never noticed before my husbands death how many shows revolve around death or how many episode have a death in them. I did watch Sorry for Your Loss for four episodes or so but I honestly can't relate to…"
Oct 11, 2019
Don posted a discussion

We seem to be living in an age where widowhood is a bit more central to the themes of tv shows and some movies. Very few of them I can watch, just not my style, I'll never watch This is Us and probably not I'm sorry for your loss on Facebook, though the one that Ricky Gervais called Afterlife sounds right up my alley, its on Netflix. I have found a show that tries pretty hard to portray widowhood from the male perspective, its called The unicorn. It deals with a guy who is trying to raise his…See More
Oct 11, 2019
2 Comments 0 Likes

Would you like to add a statement about you to your profile page? For example, the URL of a blog? This answer will be VISIBLE on your profile page.
She was sick for a long time, and VERY sick for her last 2 1/2 years. She passed 7 days short of us knowing each other for 35 years and 3 weeks short of us being together for 32. There are times when this is more than I can bear.

I have been invited to a wedding`

But really, I don't want to go, Short of pulling the "W" card, how do I get out of this? I'd be going alone, I don't do weddings well anyway and about the last thing I want to deal with is risking a DUI, because I WILL drink at it and its in New Jersey and I live on Staten Island, so a cab isn't an option. How the Hell do I get out of this gracefully?

All of the big anniversaries with Arlene fall between her birthday, May 7th and July 6th. Early June is a killer for me, June 2nd is when she was found unresponsive in her room in the rehab, heart attack and stroke, and she passed on June 10th, yesterday was 4 years. This year, the "season" hit me harder I think than all of the other years, to the point where I was getting physically ill, nerves, stomach and digestive problems. Dammit I'm in year five, this shouldn't be hitting me like this…

i got some great news recently, and I can't be happy about it.

As some of you might know, I've been having one bad thing after another happen recently. Roof leaking, dishwasher breaking, me breaking stuff in the house, never ending home repairs, plus an ongoing health problem. So I was told recently, that my nephew and his girlfriend are expecting a child, this will add Great Uncle to my current title of Crazy Uncle. I am beyond thrilled that this is happening, except for one thing, my nephew's girlfriend and the new addition, will never know Arlene.…

Oops, I did it again!

Got a call on my cell while I was at work today asking for the diabetic in the family, meaning Arlene. So I reacted the way I usually do now, I nicely tell them that she isn't here, but that I can give them the phone number where she is. Then I gave them the phone number to the cemetery, and tell them not to take "There is nobody there by that name" for an answer, because I then tell them "I was there yesterday, she is there, but she didn't say a word".

Hi, The smoke from AZ 400+ miles away limited our yard work. It's smells like ABQ is on fire. The smoke is expected to be worse tomorrow, so no work. The kids have made their party plans!

Welcome to Widville, Don. I'm so very sorry for your loss, but pleased that you found us. You'll find caring support and friendship here.

Here's the best place to start: Need help using the site? Ask here!  You can join the Groups that fit you to connect to others with similar experiences. Share your story. Take a look at our Forum discussions where you'll find meaningful conversations taking place. Be sure to check out the HOME page for the latest news.  I look forward to getting to know you here in Widville.