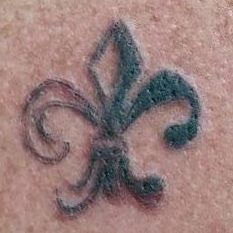 So This Is Me

My partner Howard died on June 16, 2016. We weren't married. He would have lost his Medicare if we'd gotten married. And when you're having home nurses three times a week, in and out of hospitals, doctors at least twice a week, and who knows what other new things between now and then, well... His Medicare was more important than a ceremony.

He had been having issues for years - officially disabled due to bilateral charcot. But he ultimately started a sharp decline in January when he went in to septic shock. After six months involving pneumonia, sepsis, a BKA, trips from hospital to SNF, to hospital, and back again, a failed aortic valve, multiple infections, multiple pleural effusion aspirations, kidney distress, followed by renal failure, and then dialysis, (and very likely at least two strokes), the "official" end was MRSA - wll, that's what they put on his death certificate, anyway.

Since then, I've been doing the best I can. I'm broken, but I'm still doing my best. As I've said enough that it's nigh near my motto at this point, "You have to live through this moment to get to the next."

Personally, I'm in the SCA (Society for Creative Anachronism), and I run a household. So if you hear me talking about my kids, then it's my house members. I love Disney, Halloween, and I'm a huge geek. I have a morbid sense of humor. And I'm unapologetic about all of it.

I just came to work. I didn't know what else to do. I don't really want to be here, but I think home would just be depressing. Well, it's all depressing.  But I didn't want to be alone, and I still hear a voice telling me that no one cares and to shut up and get over it. So I didn't want to ask anyone to come over, just to keep me company.  So work it is.

Once I thought I'd love to not have to go to doctors appointments every week, multiple times a week. Now I'd give…

My best friend came over today. She hadn't heard from me in a few days and was concerned if I was still alive. The last post on my Facebook was about Howard, and how I'd missed Restaurant Week with him. I had actually been asleep for close to two days.

Yeah, I'm catching up. Things that have been in my head that I've never quite written down. Phrases caught in memory.

I'm mostly settled. In less than a month is my housewarming party. A bit late in the year, but with the misters up, it should be okay. We're doing it black tie. Because we girls love a chance to get dressed up and wear pretty dresses and get our hair and makeup done. And guys look freakin' hot all dressed up in coats and ties. And it makes me happy to picture a house…

Scattering his ashes was hard. His SCA household was with me, as were two of my house members. It was on the battlefield, which is what he would have wanted. We all took turns. In two scattering urns, everyone took a turn, making sure his ashes were well and truly scattered, as we weren't actually allowed to scatter him there. But where else would he want to be?  It was fitting.

Welcome to Widville, Medea. I'm so very sorry for your loss, but pleased that you found us. You'll find caring support and friendship here.

Here's the best place to start: Need help using the site? Ask here!  You can join the Groups that fit you to connect to others with similar experiences. Share your story. Take a look at our Forum discussions where you'll find meaningful conversations taking place.

Be sure to check out the HOME page for the latest news.  I look forward to getting to know you here in Widville.