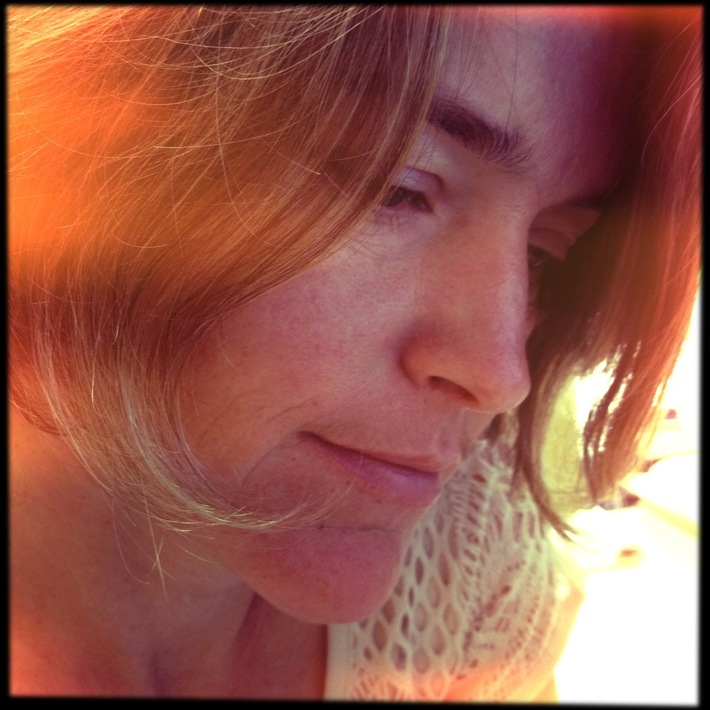 Would you like to add a statement about you to your profile page? For example, the URL of a blog? This answer will be VISIBLE on your profile page.
Just started a personal blog, reflections on how loss has affected me.
http://bedraggledandkicking.wordpress.com/

I guess I should tell my story here...in the past year I lost the two most important men in my life. My dad died in January, he was 71. Four months later, my husband died, he was 39. I am still trying to process both of these losses. My dad was on dialysis, fighting kidney disease, but to get the phone call and hear he had decided to stop dialysis was the worst phone call in my life. I had a great relationship with him, and he was such an inspiration. He lived an active healthy life until this random illness began to chip away at his happiness and youthfulness.

Barely weeks after returning home after my father's death, I found myself in the ER with my husband - in complete disbelief at the scan that showed he had a brain tumor, and not a small one at that. This was only the beginning of the dark path we embarked on that revealed terminal cancer throughout his body, tumors in his abdomen, on his spine...in his bones. I remember the doctors saying, he has months. Not years. I just couldn't even comprehend it.

So here I am. Trying to process what has happened during the past year. Both my dad and husband were very "pragmatic" about what they were facing. But I am having a much harder time. While I am not religious, I have always been very spiritual, but even my long-held beliefs are being challenged during this process.

I am also trying to figure out "what's next". My husband and I were just getting ready to try and adopt a child...now I feel like I have absolutely nothing...in my 40s, no husband or family. WTF. This is not a road I want to be on, but I am trying to accept it for what it is, pain, anxiety, sorrow, anger, confusion and all.

What was I thinking?!

My husband's birthday is coming up on Saturday. He would have been 40. I have made plans to meet up with some of our friends for dinner at one of his favorite restaurants. I have been feeling a bit lighter in my heart, and because of this have taken on more than I was able to for the past months. In fact, I even applied for a new job, and of all craziness, have an interview tomorrow.

But today...today the grief started creeping around. I was in a work situation where I met new people,…

I spent a wonderful evening with friends last night, there was lots of laughter, and I had a genuinely good time. Then I returned to my car and had a widow melt-down.

It has been 9 months, and there are days when I feel like, on some level, I am coming to "acceptance" that he's gone. For all I know, maybe this acceptance is actually denial, or the distraction of going to work, because then, out of nowhere, I get hit with a wave of complete disbelief. Completely debilitating, sobbing,…

Making a date with grief.

This morning *that* song came on the radio, the song from last summer that went straight to my heart, the song that goes straight to my gut, and immediately takes me back to a place of deep sorrow. But then another one came on, and another, ALL songs from last summer that remind me of my husband, of his death. What is going on? Did someone make a medley of my horrendous summer?

Ah, the Grammys. Of course. Might need to avoid them this year.

Overall, I have many good days. Sure, it might be because I am still numb...but there is a certain comfort in my numbness. It keeps me from going into a complete free fall of pain.

Usually, though, after a couple of days, I start to get that "feeling" in the pit of my stomach. A mix of anxiety, nausea, and fear. It's almost like that horrible feeling (that I still remember from college) when you realize you've had one too many drinks, and suddenly you are teetering on the edge of no… Continue

My family has said that the past few days have really been nice in Wisconsin!  Hope that you have been able to get out and enjoy the nice weather!  :)

hey thanks so much of course I remember ya!!!! I finally figured out how to join this site lol

YAY!!  I'm so glad that you found me on here!!!  I love Culver's and the closest one to me is about 2 hours south of me.  I am so happy to have met you at Camp!  AND...I hope that we can reconnect when I am in Edgerton in the summer.

My husband had his own business; not a very large one mind you.  I have to let the business go through Probate and I can't find the Articles of Incorporation!

BUT, I did find about 50 cards that I had given him over the years, for birthday, Christmas and the special "just because" cards.    That was a real setback for me.  I thought I was doing a bit better.

My husband had Stomach cancer.  He was diagnosed with "Churg-Strauss Syndrome" (a form of vasculitis)in 2005 and the massive doses of Predisone they had to give him to get the Churg-Strauss under control caused the stomach cancer.    His rheumatologist thought for sure it would be liver or pancreatic cancer.

We were diagnosed with Stage IV Stomach Cancer in April of 2012.  The prognosis was 8 to 10 months.  He almost lasted a year.  I have decided that I hate all forms of cancer.  I don't even know how to begin to live my life.

I go back to work on Monday 8th and I am not looking forward to it.  My boss does not have a heart.  She has not even called or signed any of the cards that the office sent me to offer condolences.

Thanks for your encouraging words, kshy. I know exactly what you mean about trying to outrun the memories...Trying to remember to breathe in and out and put one foot in front of the other. Day by day, minute by minute - whatever it takes. Be well.

Kshy- thanks for the friend request. Reading your story here on your page is very similar to mine. Lost my dad in 2011, then on October 2nd my husband was given an MRI for headaches and they found 3 brain tumors. In the hospital they did scans and found more in his chest, on the adrenal gland, his kidneys and in the lymph system. They never found the original turmor. 5 months later he was gone, on St. Patrick's Day. Tough weekend coming up...

kshy...i just ran across a comment that you made on my page a while back..i haven't been on as much lately. Yes, my husband was "larger than life"..and i think that is part of the emptiness i have felt. I am so grateful for wv..and i don't want to get to far away from all my friends here.  i kind of took a break for my own mental health..but am feeling so much better lately...((hugs)) to you..i know you have just been thru a difficult time.

Hello kshy, thank you for the words of encouragement. Its really hard to imagine any sunshine right now, but I do hope for it. I'm so sorry you have lost 2 important people in your life. I cant imagine, losing one person is too much to take. I'm sorry you were just thinking about adopting and starting a family. Not only do you lose your husband, you lose all of your dreams. I understand how you feel, I am grieving the loss of all of our dreams together. Hang in there! Maybe there is something else for us, we just don't know what it is yet.

Oops, that last comment went through before I had a chance to also thank you for the compliment on my blog.

Dear kshy. Thank you for your reply. Still thinking about starting a small business but not really sure what I will do. Whatever I do, it needs to be meaningful. After losing my high school sweetheart to whom I was married for 37 years, I'm having trouble figuring out what means anything anymore. Don't think my old career will be fulfilling. Time will tell. I'm only a widow for 2 months so I need more time to think. Best wishes to you for a good weekend. Thanks again! Love and hugs.