Reliving the worst time of my life.

It's been 2 years and 8 months sense I sat next to my husbands bed caring for him until he passed away in our home from lung cancer. Now here I am again, I sit next to my Dad's bed in the same room in my house caring for him. He has leukemia and will not be with me much longer. I wouldn't want it any other way because I love them both with all of my heart. But some days I really wonder how much emotional turmoil one mind can take before it breaks. Sense I lost my husband my Dad has been…

My roses: Darling Wes  how are you my beloved?

I wanted to find the words to the Richard Tauber song

“You are my heart’s delight and where you are I want to be.”

I have missed you so much today….

your words of love you say each day to me. But this is special

because I can reply to you as you…

She was in my dream last night

I almost never dream of things going on in my life, like 1 in 50.  Last night she was so real.  I couldn't enjoy her as I was depressed and I didn't know why.  She was trying to get me to go to some thing in L.A. and I couldn't get over how upset I was.  I couldn't wake myself up. I felt like it has to be a dream. I remembered she died and all that came with it but here she was.  Her death must have been the bad dream.  We've all had dreams that were so very real.  My 'very real' dreams I…

The love of my love, my first love, and husband, Bob, passed away on Saturday morning. I am at a loss on how to cope. I've never had to experience death or pain like this before. I was searching onli…

The love of my love, my first love, and husband, Bob, passed away on Saturday morning. I am at a loss on how to cope. I've never had to experience death or pain like this before. I was searching online for tips on what to do, how to grieve, etc and came across this board.

Our story - we met over 7 years ago when I was newly moved to Maui and attended a party. I didn't know anyone but wanted to get involved in a community of like-minded individuals and met Bob. I was attracted to…

Sharing My Story WIth Others

I try to share some of my story whenever I get a chance. In our society we don’t like to talk about death. I hope to make at least a small dent in that.

And in sharing my story I have been able to help others along the way, people that I have met who have a friend or a relative who recently lost a spouse. I try to give them ideas of how they might be able to help. I also pass on resources for them to share with their friend or relative.

Have you ever experienced utter silence? Not just a quiet atmosphere, but the actual lack of any sound? If you are like me and live in a city or town, the absence of any sounds is likely impossible. Right now I can hear the cold North wind howl, the wind chime tinkle furiously in response, an airplane drones overhead, a car speeds by on my street, the furnace clicks on, the refrigerator hums, the loud laughter and chatter of a few high school students passing by on the sidewalk drifts in, and… Continue

I went to a funeral today of an old friend from my teen years.  She was the grown up daughter of the neighbours next door.  She was an air hostess, which I considered a glamorous job and I'm betting I shadowed her more than she would have liked when she was home visiting her parents for a few weeks at a time.  She went on to become a nurse, had two marriages and over the years we sort of kept in touch.  Today I met…

I know most of my blogs are what I have been through and what I have learned but this one is just a little different and it is about someone that is still alive.

In 2010 when my Husband Steve had his accident he was in STICU for 2 weeks, well the very first day I was at the hospital I met a lady and her husband was in the same unit, right across from my husband.  They had both been in motorcycle accidents and…

Back when I worked at "Wrinkle City" (A/K/A the retirement community), our security manager had a skewed opinion about the health of the residents: if they didn't die around the New Year, they would be good until summer. And statistics say his opinion is correct-January IS the month when most people die-followed by December. Which is probably why my social calendar has been filled recently with more wakes than parties. These wakes are stressing me out, and it has nothing to do with who is in…

The Year Of Firsts

Besides extending condolences during our recent time of loss, many friends informed me that this would be a difficult first year. The “Year of Firsts” they would say, often touching my arm and showing genuine compassion and care in their expression. I was somewhat familiar with what they meant, I thought.

I had experienced many ‘firsts’ in my life and generally they were a time of celebration. Some events occurred so early in my life I didn’t actually remember the occurrence itself,… Continue

Memories DO light the corners of our mind....
Life is full of them isn't it?  There are so many thoughts going around in our mind throughout the day and through the night.  Often I'll wake with a thought and wonder now WHERE DID THAT COME FROM?    Some thoughts are awakened while we sleep.  I just wish I…
Continue

Wedding rings have been on my mind recently.  Here is what I wrote on my personal blog.

I can't take off my wedding rings. I know I don't have to. I can't take them off. I loved and love these rings. I loved them when I first saw them when we went engagement ring shopping together. I wanted a proper engagement ring, another case of magical thinking that if I had a traditional ring it could protect us against divorce. (Again, never considering the possibility of death.)  We went to…

Where do I belong?

Just had a nasty email from one of my adult children, we've had an uneasy relationship for some time, now for some reason that has come to a head.  Don't you just hate those times?  Can't see what I can do about it, everything is true from one  perspective if not the unadulterated truth, no love or compassion from this one though.  That hurts me, after all if your family can't support you who will? Maybe the signs have been there for a while and I… 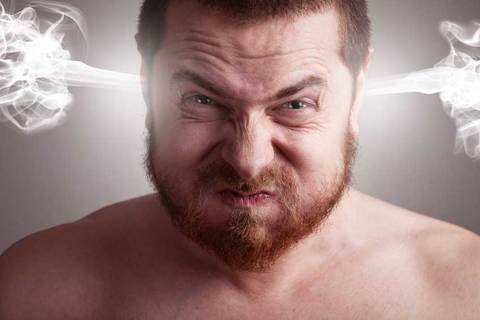 I consider myself a pretty even tempered individual, not prone to angry outbursts. But tonight I think I reached my limit. I posted a status update on Facebook that I borrowed from one of my widowed friends. This is what it said:

"I feel very sad tonight ... Sometimes I don't know who I'm most in mourning for, Matthew or the person I used to be when I was…

My husband has been gone for 20 months now. I'm constantly asked why I'm still wearing my wedding rings.......In my heart we are still married. The set I currently wear was an anniversary gift from him just before he passed. Is there a "right" time to take them off??

What do I want?

I am downsizing. I no longer need, nor want my big house, with rooms for entertaining and company. I don't need a big woodworking workshop in the basement, nor a music room for my husband's drums, keyboard, and guitar. I don't need televisions in every room. I don't need a gourmet kitchen that I use only to make coffee and microwave supper. All of that became unnecessary the minute Kevin died and I changed from a wife to a widow.

Now I crave a simpler life, with fewer… Continue

My bonus life. Don't get me wrong. I certainly did expect to grow old together with Cindy. That being said we had an amazing life together. We traveled the world together. Life was kind to us. So many experiences and opportunities. We had a great marriage and a great friendship.

I Am Woman, Hear Me Roar

In the past few weeks, I have:

But after months of what I call my "Emotional Constipation" period, I…