helping others helps me

I got up too early, have finished my list of chores for today  so nothing to do till I go to a funeral this afternoon, my second for the year.  My role as a pastoral worker in the church means I go to many of those through the year. Most are not close friends but some have become so through many visits and many shared cups of tea. Sometimes death seems all around as I go through the nursing homes and retirement village on my visiting rounds but there is life and laughter too. Some of the…

Unwed "widow" of a married man at a Widow's Dinner

Last night I attended another Widow Dinner. The first was a wonderful experience, I felt like I had found a home group that would not judge me for being an Unwed less than 30 year old "widow". Last night I realized how wrong I was.

Last night they had asked us to bring pictures of our spouses so we could sort of memorialize them.. Or that is what it turned into. Everyone spoke so elegantly about their love and the time they shared, and even about the illness or sudden loss.

This is a about the Pavers.. Those who started this site, and those who keep it going .. I am in debted to those who started and wish to thank them from the depths of my heart. For w/o you , I have no clue what state of mind I would be in.. Your unselfish actions and love for others has brought so many together to share and endure this thing called grief. No glory wanted for yourselves , nor asking anything for yourselves, Just the giving of yourselves unto others.. I applaud you, I admire…

I am so grateful for my friends. I've been blessed with a few close ones and some who have been becoming close as a result of this loss, many of whom have endured losses themselves.

On Friday I had a really good visit from a friend. He hasn't endured loss in his life, but he gets my loss – I'm not sure why, but I'm grateful for it. I appreciate him more than he can possibly understand.

From the day B  passed away, I knew I was goinig to get a tattoo for him.

When we first started talking, I asked him how he felt about dating a girl that had no body piercings or tattoos, he simply replied "I want to take that virginity " Today he did just that.

Over the past few weeks a lot of design ideas crossed my mind. I wanted to get the word "Promise" in his hand writing on my pinky. After "searching" I could not find the word, in the hand writing i came to know and…

When I die if you  need to weep Cry for your brother or sister, wife or husband Walking the stret beside you And when you need me put your arms around anyone And give them what you need to give me I…

When I die if you  need to weep

Cry for your brother or sister, wife or husband

Walking the stret beside you

And when you need me put your arms around anyone

And give them what you need to give me

I want to leave you something

Something better tha words or sounds

Look for me in the people I've known or loved

and if you cannot give me away

At least let me live in your eyes and not on your mind.

She whom we love

where she was before,

she is now wherever we are.

The Unconditional Love Of The Living or Dying Spouse......

Here Goes!!!!!! In my journey with my wonderful wife, i was taught and trained in many things , i had never learned, and some i had never heard of.. I won't go into any except this one, and it is probably the hardest.... Each of us whether our spouse was taken suddenly or a declining passing, know who we lived with, their wishes, their wants , their needs , their desires, and to me what they wanted for us as well as what we would want  for them in their absence in body.. My wife was…

My friend is dying. I don’t know if she has weeks or months or even just days. My sense is weeks or a month—maybe more-- but that isn’t based on any real knowledge, just a feeling.  I went to see her yesterday. It was hard and I had some fear and reservations before going.  Showing up. Before Ron’s cancer and death I learned about the power and the absolute necessity in life of simply showing up from the author Anne Lamott. I didn’t have enough compassion or sensitivity or awareness or…

Its been a Long hard 8 months

Im posting the recording she left me... the First 3 mins or so Is for Me.. the rest is for Her Family. I think the Battery in her phone Died before she finished what she had to say.

If You listen to this Its a Tear Jerker.   she had a Vision the night she recorded this. Because she told me about It, But I did not know about this recording.. this was  Exactly 30 days to the day she passed away.. and it was Found by my son exactly 30 days…

Dancing Toward the Edges

Early on, when loss shattered the life I had so painstakingly created and loved,  I couldn't see how anything or any place whatsoever could feel correct or right again,  let alone actually good and content again. Early on the grief was so all encompassing, I was surprised that anything continued on at all, even bodily needs. I remember having to pee so badly a week or so after John died and thinking to myself, “how is the still going on? I haven't eaten. I haven't slept. I haven't drank…

I stepped on a rake in my backyard on Thursday late in the afternoon a few day after  wrote the last blog.  I put one of the prongs through my shoe into the fleshy part under my big toe. I had some problems pulling it out, it was very painful to do that and I am not that brave but finally I could limp back into the house. I was struggling to get down the steps so I knew it was going to be pretty painful and I was right three weeks later it is still…

whales where I live 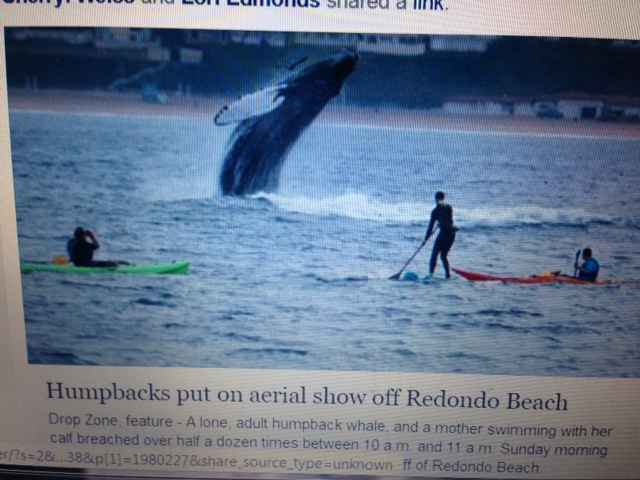 Self Loathing and Forgiveness

Today at the meetings I attend (not loss related) the topic was about forgiveness. At first I thought the topic would be like all the rest, vaguely apply to me and i'd leave slightly clear headed.

Today however, i felt like I was hit with a bus of self loathing and hate. I was talking to my sister out of law, about how much I missed Blaine and how I keep thinking he will come back.. I'm not sure what I heard but something in me just had a revelation.

I do NOT forgive, or even…

The third sadiversary of Don’s passing is coming up soon and I don’t know how to feel about that. I do know that I’ve let him go and I am at peace with where he’s at. But I still think of him daily. How could I not? I often feel him still around me. It may seem overly dramatic to quote a well-known poem here but I’m going to do it anyway. It was printed on the remembrance cards handed out at Don’s memorial service and sometimes when I read it, it speaks so softly to me I can barely hear…
Continue

my kids and my sunshine 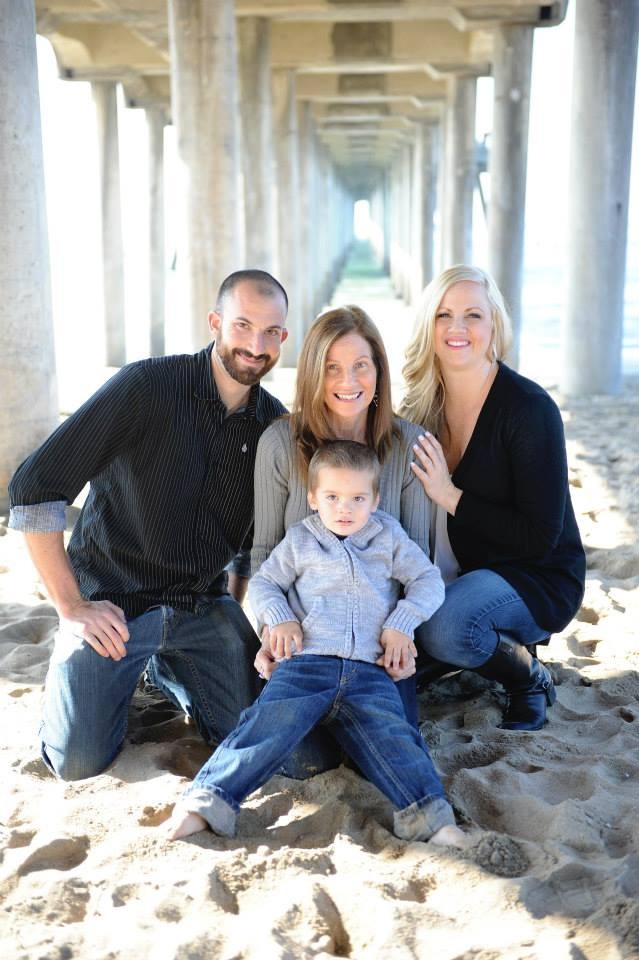 There are days I don't think I'll ever be really happy again. Then there are days I believe I've put my grief behind me. Oh what pranksters our minds are. It's different day to day, week to week, month to month.

Thank you for your comments and support it really does help,had a tough couple days .water pipes froze last nite was 23 here in fla.threw myself on the kitchen floor crying for 2 hours but it wasn't really the froze pipes that was the catapult that set me off.I looked outside and saw his boat and truck realizing I would never stand there and watch him hook to his boat again.we commercial fished together for 32 years that was some of the most peaceful times we had together on the water.I…

Today is one year since my life was turned upside down and I lost my best friend of 35 years, husband of 31 years. This quote tells how I feel at this point in this horrible journey.

His lil bunny is with him. 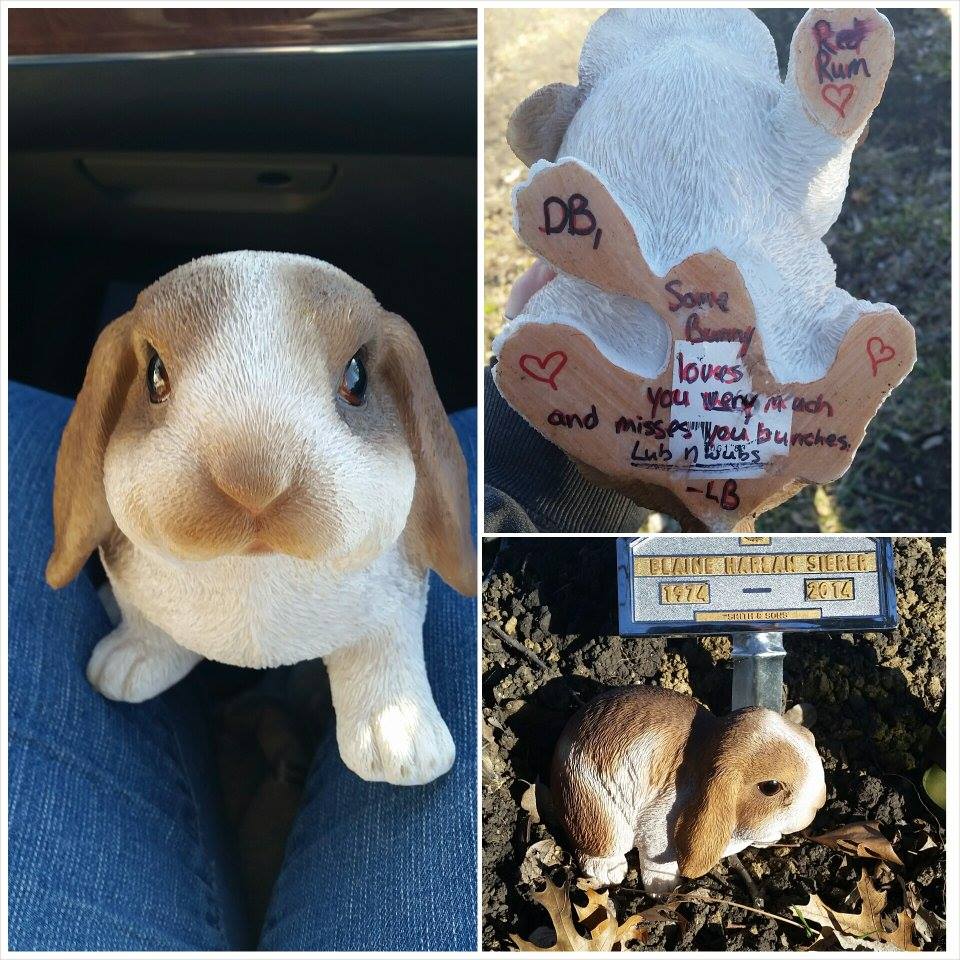 My darling Blaine used to call me his Lil Bunny. So for christmas my little sister got me this little guy to leave out at Blaine's grave. I decided to write a little note to him on the underside. The wording may sound a little childish but, B and I were very young at heart and often "baby talked".

Now his little bunny is there with him, just like he is…