DAYS SLIP THROUGH MY FINGERS

The days slip through my fingers

I cannot live without you here

To be with me, to talk to me

I wish you could have stayed.

But the notes are never played

For none but I can hear the notes

So silence echoes where once you were

Where once your laughter rang

And silent tears from unseeing eyes

Fall unseen into the dust of ground

Where once you trod, where once…

The violin wept it’s tears in the rain
Wept like a heart that is rent with pain
Wept of sorrows too deep to express
Whispered of longing too secret to guess.
Only the wailing wind and I knew
Of the longing too wide to escape.
I could not hold the music in my hand
To whisper, yes, I understand..
I know what it is to have my soul die
I know of pain that cannot cry
I know what it is to call out in pain
For a hand I cannot hold again…

Will we ever be okay?

Most days I just feel anxious now. I have a constant ache in my stomach. The feeling sad is just sort of normal now so I can't imagine it going away anytime soon. Sometimes it surprises me what will make me cry, or have that intense wave of loneliness. Sometimes I just feel cold, like I'm going through the motions but not really present. Then I feel bad. I have four children to care for who need me to be present. I'm thankful to have that purpose because I think if it were just me I wouldn't…

We had a last day, we just didn't know it

Today has been three weeks since I last spoke with my husband. Three week since I last heard his voice, felt his touch or enjoyed his calm presence. Every day there are new challenges and frustrations. I hit new depths of sadness and new levels of irritation that I never thought were possible. My thoughts race with what if's, fears and memories. With the ambush of unwanted thoughts and emotions I thought starting a blog would be a way to let some of those feelings out. Put them somewhere to…

I AM ALIVE TODAY

I am alive today –
Do I want to be
Or do I want to fly away?
I am tired of pretending to live
I have nothing left to give
I have tried to go on
But it all so unreal
I speak, I read, but it is all a game
Try as I will, nothing is the same
I think if I pretend
The dull pain will somehow end
I shall feel life again,
Instead of the unspoken pain.
People say I am strong –
If only they knew….
I am like a helpless…

DO NOT WEEP AT MY GRAVE
Stand not at my grave and weep,
I am not there beneath your feet,
Look upwards if you would see me now –
I am the autumn soft sun – I am the rainbow.
Hear my childhood laughter roll over the koppies,
Listen to my feet as they run rejoicing through the fields
Pick and eat from the tree, the fruit that it yields -
As we did when we were young and carefree, you and me.
I am young again and as my spirit beholds you, I clearly…

Losing your dad at 2

My husband received a bone marrow transplant in November.  At the hospital they bring cake after the transplant and sing happy birthday to the patient to celebrate their new birthday.  Our children were too little to visit him in the hospital because they carry too many germs.  He passed away in December from Graft Vs Host.  They let my children come visit once they knew things weren't going to turn around.  Explaining to a 2 and 4 year old that Daddy wasn't going to get better and that we…

His First Birthday In Heaven

I Miss you Husband
My Beloved Best Friend..
Your smile, your laugh
Your love that transcends...

On this, your first birthday
That we are apart
I draw strength from our love
And when the tears start.....

I'll cry my river
While deep within my soul
I feel you with me
And for a little while, I'll pretend I'm whole.
©lindaferrier_february2017

Letters: I Don't Want to Forget

It’s been five months since I have seen you, and I feel like I am starting to forget. Even though remembering hurts, it hurts even worse to forget.  When I dream about you, it is sometimes not your face I see, even though I know it’s you. How can that be? Where is your face when I need it so much? 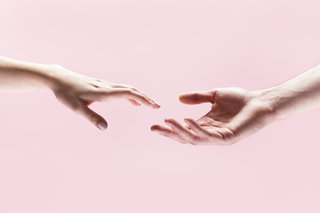 I don’t want to forget:

Had a rough day yesterday....
The worst since he left.
Tears, sobbing and puffy eyes
Left me feeling spent....

It was a long time coming
Something I've put off
Avoidance isn't the answer
Acceptance at all cost....

I know time is a healer
There is no calendar with grief
I'm grateful for the purge I had
It did bring some relief.....

A step out of my comfort zone

I am in my fifth year as a widow. I am to a certain extent “over it”. I am settled into a routine. I go out to coffee with other widows and occasionally a few couples from groups I belonged to while Ray was alive. I don't have much contact from his family. I do still talk to one sister-in-law occasionally. That's fine. At first I missed the contact but now I don't. I live in a sort of widow bubble, alone yet bumping into others, enough contact to keep me from feeling isolated yet not enough…

Five years ago was our 'Houseaversary'

My husband wasn't the typical romantic.  I didn't get huge bouquets of roses on Valentine's Day or candlelit dinners for the night of the anniversary of our first kiss, but he would always surprise me in the best way when I really needed it.  Five years ago I was very pregnant and my husband sent me this Edible Arrangement.  I had no idea what day it was, but when I read the note I realized it marked one year since we moved in to our house.  He wasn't typical, but he was romantic.  He made…

You departed unexpectedly
And left me alone.

Alone in limbo
Belonging no where.

I am a refugee
Wandering
Looking for my missing soul....
©lindaferrier_january2017

This popped up on my newsfeed in FB yesterday.....

(The endings in our lives are just doorways through which we pass in our ever expanding journey through eternity into greater and more magnificent love.

In human form, we cling to the familiar. That is the way our brain wires itself. Still, the unknown offers adventure, growth, new possibility!

What is ending in your life right now? What promise of new beginning does it hold?

Rather than looking back,… Continue

This past Sunday I took my son to go see Twenty One Pilots perform in Sacramento.  It had been my husband’s idea to take him because our son loves their music and sings along to most songs from their Blurryface album.  Shortly after I bought the tickets my husband was diagnosed with leukemia and 5 short months later we lost him.  He was an amazing person and trying to pick up pieces after losing him has been near to impossible.  I wasn’t sure if I would be able to get through the concert,…

A Widow's Galentine to Her Girlfriends

My Valentine to my yoga tribe is in Modern Loss, an online journal about coping with grief. This is the link to the article: A Widow's Galentine to her Girlfriends.  It's about how making women friends really helped me to cope with my loneliness as a widow.  It's a turning point for me because I was a crazy online dater for a while after George died and this is in part how I got healthier about…

Some of us thought it might be helpful to share with each other and give each other some loving support and hugs on chat on Valentines Day. If you are so inclined come to the chat room  at 8 pm eastern which is 7central and 5 pacific.

God had other, bigger plans than either of us could have imagined.

You helped to further medical research into Gerstmann-Sträussler-Scheinker disease (G.S.S.) and even contributed in some small way to the awareness of this disease. I recently found out about a TV… Continue

Yesterday marked day 120 since I lost My Jim. He took care of everything...and I mean everything.....So, I found myself in a quandary of what to do about getting my taxes done as he'd always done them himself. Not knowing who to go to, my son sent me to Sharon, who is, as far as I'm concerned, one of many Angels I've been Blessd to cross paths with. She was so incredibly helpful and kind and made the process as painless as possible for me. I left feeling a teeny bit lighter, knowing another box… Continue

Unpacking continues. I'm more or less settled in, but there's still random boxes and not everything quite has a home yet, but it's a liveable space, and I'm content. There's pictures on the walls, Hestia is on the mantle, and I've put my new vinyl cutter to good use, and there's a ton of different quotes, sayings, etc. on the walls. My seneschal said that even after under a month, it's clear that I've put down roots. That this is my HOME, and I'm staying here and it feels like…