Some people are completely 100% insensitive. I am going to make this short because I don't exactly know what to say and I'm so angry!!!

I am working on a website in memory of my husband and for Cystic Fibrosis awareness. I was going through a video that I made about 5-ish months ago for a benefit dinner to help raise funds to get him a double lung transplant. It has him talking through it and it's a real tear jerker, especially now that he's gone.

I posted this status on my…

This was posted to a forum I sometimes visit,

The Road Less Traveled By ...

Today marks the 22nd month anniversary that we would have been married. I never thought that I would observe our monthly, yearly and wedding anniversaries without Greg.

The thought never crossed my mind that Greg wouldn’t be here to meet me at the end of the aisle, to marry me, to walk through life with me. That I would be here two years later without him and not legally…

Bring me back to June eighteenth,

the day you told me you went weak in the knees,

when we spoke our words, that meant the world to me.…

I Almost Ran Over My Neighbor

Today I almost ran over my former neighbor.

I was driving to work, down one of 3 roads I take to get to the highway, and the one I drove on this morning was past our old address.  The apartment that we first called home after living for a couple of months in my Grandparent’s farmette before it was sold.  The apartment where I experienced my first roach.  The apartment that first homed (secretly) our cat Darrell until the landlord found him.  And then she gave…

The Arc of Grief

So,this is just for me to get my thoughts processed and if anyone gets anything out of it; bonus.

Education or close to family

I have a decision to make.

The decision is simply do I stay or do I go? We live in an area with an ok school system (but not the best) and both my family and Amandas family live almost an hour away. We live where we live because of the proximity to Amandas job. That is no longer an issue. The next town over has one of the best school systems in the state, and it's also where my job is located. We talked several times about eventually moving so Samuel could go to school there. In fact…

As each of us have to face death and the need to rebuild our lives I have thought about this question a lot. What is life? How do we know what life is? 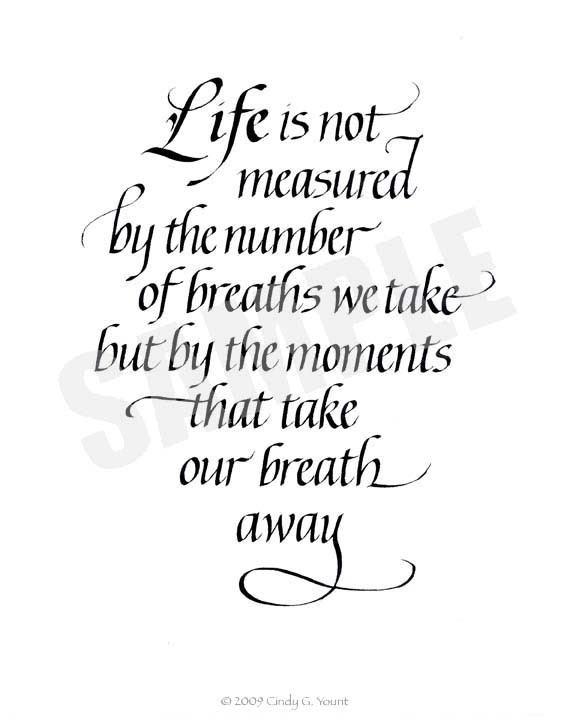 I have thought about this poster, it is one of my favorites. When Torrey got sick and we knew she was going to die we faced the issue of all that she was losing. It was heart breaking to see how much it…

The other day I picked up a picture that was on my closet floor, it was a picture of Brian holding Tucker when he was a baby. We were at my uncles farm looking at his horses.…

I knew it was our wedding anniversary today but I didn't realize that it would've been our 30th. That hurts! It makes me sad! Why does it change when I understand the significance? I'm not sure, but it does.

Bill and I had a great marriage full of love, friendship, and understanding. I loved him so much. He was my focus each day and what I looked forward to each night. I felt so lucky. I had no regrets!…

Ah, its spring.  I know this because my neighbor across the street has emptied his shed.  He does this every year.  He takes everything out and then puts everything back in.

Spring is the time of renewal and new growth and nice weather, blah, blah, blah.  Spring was my husbands favorite season behind Fall.  I do not like Spring anymore.  It means cleaning up the yard, picking up sticks, mowing the lawn, putting new mulch and gravel down. Washing the truck and the house and cleaning…

Hello everyone. I feel like i have been eavesdropping on everyone, so it is time introduce myself. My husband, Mike and I were married 04-04-04. We have 2 beautiful boys.... 7 and 5. When we got married it was supposed to be 4ever, forever did not last as long as I thought it was going to. On 11 March, 2011 Mike ended his pain and began ours. I never thought at 34 I would be a widow. Everyday is a struggle....still. My oldest (our honeymoon baby) looks just like Mike. Somedays it makes me…

First Anniversary of my loss of my spouse

Sleepless night, first year anniversary of my Gerry's passing. I spent the day with friends. I went to our local chapter of Band Of Brothers,(he was a Marine) then went to Korean War Veterans Memorial, for some one on one time. Had dinner with some church friends. Then some one on one time with a special friend :)

I have a day off at work today. It was a really hard day for me. Feels like mid year with tons of "Flash Back". Worst part is its not about the good flash back. I try to think about the good ones, but I keep getting images in my head of when I found Michael all Blue in bed (minutes before I call the ambulance to resuscitate him)...
I guess no matter how hard I try to cover it up with busy activities it will eventually come back and haunt me.

I even did a bit of gardening in…

Do you have any idea how hard it is to get used to your lack of presence in the house? How hard it is to want to share something with you only to realize I have to tell it to thin air? Darn you, Don! Why did you have to die? I wasn’t finished loving you just yet! And who am I going to yell at for leaving the top off the toothpaste or not picking up the dog's toys at bedtime.

But I’m being strong. You’d be proud of that. I’m taking care of…

Another attempt for anyone who is following

Unfortunately the for 3 musketeer, it was only Scott(Skippy) and I that went to the wedding banquette (Chinese Restaurant "Dragon View"). My friend Jeremy couldn't come because he caught pneumonia.. Once we got there it was a very "TRIP OUT" feeling. I saw so many of my High School mates I haven't seen since 98 grad.  I had a bit of an anxiety attack…

It will be one year on April 12, 2012 that I have been without my other half. It feels like I have been through an amputation. Part of me is gone. It is suppose to get better, isn’t it? I find myself on a see saw…. Or as I say, stuck in the twilight zone. I long for my old life as it was… and which will never be again. So…. Okay I am accepting that or have no choice not too. So here I am, not ready to close the door on my old life yet. Maybe it is the fear that my dear spouse will be…

New to the site

I have been reading a lot of the comments and stories and find it really does help to know that I am not alone and that we go through the same things when grieving.  My husband died of a brain aneurism on the 21 Dec 2011.  If have just passed the 3 month mark and I miss him so much?  Thank you for all the welcomes I know that I will find lots of help and comfort here