Cry me a river

Before Tom died, I hardly ever cried. Even when he was diagnosed with terminal brain cancer, I didn’t cry much. He was crying a lot, and I felt had to be strong and positive, or he would have felt even worse. I tried to offset his crying by not crying. When I did cry, it was in my car, alone, when it was dark.

Now I’m a sap. I cry at the drop of a hat. I can be fine, and suddenly some small occurrence, a memory or song, and conversation will… 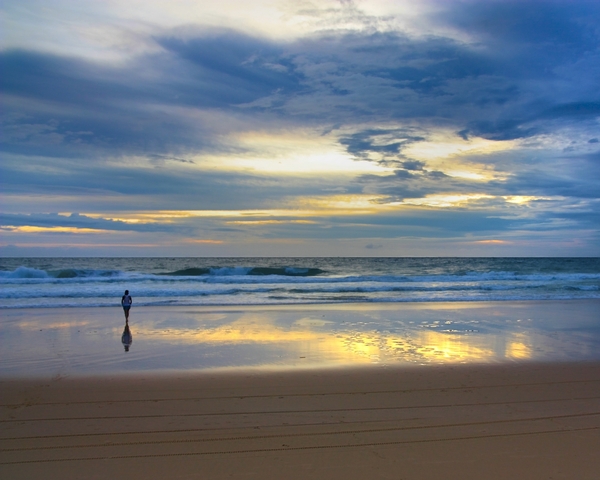 Everyone means well and they all know what I should do.

So it's been 2 years and 5 months since I lost my husband to Non Hodgkin lymphoma.  I have two grown daughters that I can't stop worrying about.  My faith has carried me this far, so I don't know why I worry.  My oldest is 26 and a free spirit with a bachelor's degree in Philosophy.   She is trying to find her way and works at a private school  being a tutor/shadow to a boy with autism.  She likes to date wounded men and "save" them.  When I think back it's no different than what I did when…

So it is springtime again. Although you wouldn’t know it if you looked out of the window. Usually by now the trees have a green glow around them as the first buds appear and the daffodils and crocuses are blooming loud and proud. Instead there is a layer of snow on the ground with bits of ice and mud, lots of mud, underneath. It is still so cold and the sky is grey and heavy.

Spring in DC is usually the best time of year. The spring of 2012 was slow and gorgeous. I remember sitting on…

I played hooky from work.  I just didn't want to talk to anyone today (This is happening more and more lately. It's getting hard to show a strong exterior. I'm starting to crumble inside).  I wanted to sleep.  I still don't sleep restfully. I seem to fall asleep with the help of melatonin pills, but actually waking up fully rested evades me.  I don't always remember what I dream about.  The times I do remember it is the movie reel of you dying and me finding you on the side…

looking to the future, is it in the too hard basket?

As part of a Bible study I attended tonight one of the questions that was asked read: "Do you cling to the past or look to the future?" Our (young) minister urged us to look to the future. Maybe for him as a young person the future is still bright ahead but for some of us the future is hard to contemplate.  I can move forward,taking a day at a time, but looking to the future, assuming it is brighter, is not something I seem able to do right now.

In my still grieving state I am not…

A perspective on grief and loss

Link to my blog

Grief and loss are very weird emotions. As our pastor reminded us, it can look different and be different for all of us. What I have realized is that my grief, and I am sure this is true of others, has come in several…

Im ok with hard as long as there is hope

This is a post from my blog at [email protected]

It was right before Chris passed.

Last night we were all told by his hospice nurse that if there was anything we wanted to say to Chris, now was the time. In the moment it seems so unreal. Can this really be happening? We’ve been through…

It may seem like I'm just standing still but my mind is forever going back.. then here.. then forward.

A noise brings me to the seizure in the middle of the night. The diagnosis, surgery the changes in you. those that we missed before the seizure. the changes..so many changes... where is my husband who is this looks like my husband but does not act like him-his memories already gone. Where have you gone?

Back to today you are gone but where.... your ashes above the mantle…

Talking about our spouse does help!

26 days since my John passed away. In the last week or so, I wake up and cry in bed everyday begging John to come back to me. I know it's impossible but I still wish everyday... Tonight I talk to my sister in law via Facebook messenger. We talked about John much and what he did. I told her stories about him that Melissa (Johns older sister) didn't know. She told me things about John too. We talked about our memories with John, how cheeky and sweet and annoy (sometimes) he was. This made us cry… Continue

In My Heart, My Bones, My Blood-I Know Best How I Need to Grieve

“Where have you been? Don’t you think it’s time you started joining people and doing things? It’s been a looong time now.” These are things I personally hear and things I know are being said about me through the grapevine since John died. He died a year a half ago. It’s strange how everyone has an opinion about what I should do and when. For many the fact that it’s been a year and a half means I should have started to really move on after the year mark was over, that I should be like a train…

Hi, I found this site looking for someone to talk to about my loss. Family just isn't able to help me. Everybody seems to be going on with their lives 2 weeks later. My husband passed away from Hodge kin's Lymphoma. He had waited too long to get checked out and the tumor had crushed his left lung. Admitted him into ICU because of difficulty breathing. Found he then had pneumonia in his right lung. Stayed for 2 months never got off the ventilator. His right lung began failing due to scar…

For all the fans-not of the beard. There is less of it as of yesterday :-)

Today marks two years since the world turned upside down, since that horrible day I came home from work to find Elaine dead on the floor.

The first year was a nightmare, figuratively and often literally.  The second year was better, mainly because it couldn't be worse than the first.  Healing started, life started rebuilding.

Life used to be so consistent for me.  I knew that I would come home from work and be greeted with a hug, kiss, and a good dinner.  I knew that every…

I'm in search of groups in my area and cannot find any so why not start one? I find that I don't always relate to our friends anymore or the married friends aren't comfortable around me and I want to get out with like minded people. So if you are in the area and would like to meet for Happy Hour, Brunch, Walks, ect let me know. This would be a time to be social around people who understand.

What do I suppose to do?

It has been 3 weeks since my husband John passed away due to accident. Everyday is so hard for me. And I haven't done anything to get back to normal life, I mean like shopping for foods, or cooking... I have done none of it. Everyday I woke up with a broken heart, sadden eyes. I don't look at me in the mirror as I am afraid to see how terrible I am. I lost weight, I don't eat, my eyes are empty...
I reach for my husband every morning, and he's not there anymore. Recently I feel so angry… Continue

2014 started off well. I was so relieved that the holidays were over and that we’d made it through our second holiday season without Ron relatively unscathed.  I was on a high for a while and felt good, solid.  But bit by bit, that solidity chipped away and I started to shakily and rapidly sink down.  I thought I was doing the grief work, I thought I was letting myself sit with the emotions that bubbled up.  On the outside I’d say everything looked fine.  We looked like we were managing…

So may of us feel we're ageing, long to be hugged and held. Lacking confidence and energy.

Its been just over a year since my beloved passed away. He restored my life, we met 17 yrs ago - and it became a love of your life marriage. Loved the cuddles, the legs constantly entwined, if I sat up in bed reading a book, he would lie across the bed and my knees and look up at me. There was love, passion, fun, playful games, and just holding and gentle…

From my days of being a caregiver in the stroke community I know several women who were widowed in the same time frame as me---just over two years ago. So it’s natural---or maybe I should say it’s tempting for me to compare where I’m at compared to where they’re at as we all transition to a life of living alone.