I removed this post from my page several months ago whilst experiencing a 'fit'. A fit of insecurity? Anger? Hopelessness? Desperation to feel 'normal' and not wanting to feel like a widow anymore...I don't know. But now, after reading the posts of our unfortunate 'new' friends, I wonder if it still rings true, this feeling of homelessness.  I wonder if it helps give a voice to a broken heart. This damn feeling...or am I…

I was doing some clearing out of old letters and found a big envelope full of the cards and letters we got during Ray's 4 months hospitalization for his major strokes in 1999.  It was so good to read all the letters so warm and supportive and full of good wishes.  Some of the writers have passed away since them including all four cousins who were so good to us at that time. But all of them hold a special place in my heart as they were there when the going got tough. Without those friendships…

A Story of Love ❤️

A story of love, hope, and God's Love for us.

One week before Christmas 2012 Joe was diagnosed with liver cancer and we were devastated by the news. In shock we instinctively went through our Christmas rituals. After Christmas we started our grieving process, first we held each other and cried not believing this could really be happening, then we got mad vowing to fight this with everything we had. We traveled so that Joe could get the best treatments we could find. He endured… Continue

I'm So Over Grieving, Could Someone Please Tell Me Heart That?

Today I am feeling so over grieving. So over the hardness of the work it requires. So over its permanency in every nook and cranny of my life. Too bad my weary mind and body can’t somehow tell that to my heart in way it can understand.

As a matter of fact, I’m so over it this morning, that for the first time in a very long time, when I got into my car to go to work I really just wanted to keep driving. The weary part of my spirit wanted to simply drive away from all the work, the…

Some thoughts on getting married again

So I made the plunge and got married again.  I didn't feel the need that I had to be married, but I was open to it.  I'd been through a bad marriage, I'd been through a wonderful marriage and I knew which one I preferred, and I wasn't settling for anything less than wonderful.

I met Glory (current wife) and we hit things off right away.  It wasn't always perfect, there was a lot that we had to work out, but we did and we ran away to Hawaii and got married after going together for a…

Sometimes it seems as though the life Elaine and I shared was a dream, just a distant memory.  Then there are other times that it all comes crashing down on me, it is all too real.  I'll be near a woman wearing the perfume she used to wear.  I'll see a light blue Hyundai,…

Got rid of your bed

It has been just over two years since you left. When I moved I brought your hospital bed with me. It was to be temporary. I knew I would donate it. It gave me something to sleep in temporarily. But other things needed replacing or fixing and they were more important because, after all, I had a bed to sleep in.

Well...the day arrived and I bought a complete bedroom set and new mattress last week. It is a queen-size. It is like sleeping on a cloud. It is so big I get lost in it. It is…

I seem to be on another learning curve.  This time it is about relationships.  How do I tell someone who is taking an interest in me versus someone who is just being friendly? I am out of practice, it is 46 years since I have played this game and I have no idea.  Not to mention how do I tell if someone's behaviour toward me is appropriate or not?  Some of the issues I am finding from being out in the world.  I am always friendly towards people and while that used to be an advantage I am not…

Cindy and I took a three month honeymoon traveling around the world heading west. What a wonderful way to start our married life! During this trip we stopped and visited her relatives in Italy. Her Nona had come from a town just north of Genoa. It was so much fun to reconnect with the relatives.

When we got home from our honeymoon, Cindy went to work for United Airlines. We had so much fun traveling far and wide…
Continue

27th March, nearly made it, nearly survived the hardest year of my life.

In some ways it still feels like yesterday that you left, that my life imploded - in others a lifetime since you were here.

I can still come home some days and be surprised you aren't in the kitchen with my coffee like always but the pain is not so sharp anymore, I have reached an acceptance that I never thought I would, regret that you had to go, that we didn't get to fulfil the…

I don't know where to begin... I lost my husband almost 2 years ago and I find myself still in shock most days. My husband and I had been together almost 4 years, but married only 5 days yes that's not a typo 5 Days, he collapsed during his nightly run. It was the best and worst week of my life. We have no children, we were just starting our lives.

I can't help but feel like his immediate family didn't really recognize me as his wife because of the short time. But I'm his wife…

Haven't I been here before ?

I’ve been widowed twice, first in January 1999, losing my wife Jean of 18 years and 9 months to congestive heart failure after a 10 year battle with an autoimmune disease, Stiles. The second time, I lost my wife Carolyn of 14 years and 2.5 months to cancer (melanoma) on October 7, 2014 after first being diagnosed in February 2007.

I feel as though I’ve “won” the lottery from hell twice.…

Pardon the title, I couldn't think of a better name for it.

While discussing loss with a fellow wid and widda.org member, I started to think about the loss that preceeds my personal loss in my family.

22 years ago, my mother woke up to find her husband had passed in his sleep due to complications of ALS. I was 7 years old. I didn't really understand loss at the time. I knew he was sick, and I understood in a way, that he was gone from our…

Why life is so short?

Why theres no forever?

Why do we need to stop breathing?

Why do we become sick?

Why theres no cure?

Why we cant stop from crying?

Why the tears wont stop from dropping?

Why we need to be alone?

Why do we have to feel the pain?

Why do we need to say goodbye?

No words can explain, the way Im missing you..

Lay Me Down
by Sam Smith…

Hornet on A Different Kind of Shock

Eighteen months are behind me…

Miraculously, I passed through the horror of those first days…drowning, like we all have, in the huge wave of mind numbing shock...losing part of your heart without any warning. A tsunami of pain. A suffocating blanket…thick and black, wrapped tightly around me. It kept me from almost every rational thought that could have passed through my brain. But it kept me from dying…

To my Darling Husband

Wherever you are I hope you are ok, I miss you but then you know that.  Guess all our planning was pointless huh we didn't see this did we, not even in the darkest moments did we see this one.

I hope you are happy and with your parents and my loved ones, look after the boys - they need a Dad and couldn't get better than you.

The kids are great, you would be so proud, did you see the way Mark Jnr looked out for me at your funeral? Hes…

Just lately I have been asking other widows how they cope with things like loneliness, isolation, family events to which they are not invited etc.  Luckily the lunch group from church is very helpful as we are mostly widows and I can talk to them privately or as a group.  Most of them have been widowed a while with the exception of a woman my own age whose husband died four months before Ray did.  On the whole their advice has been quite helpful.

On the other hand I am getting advice… 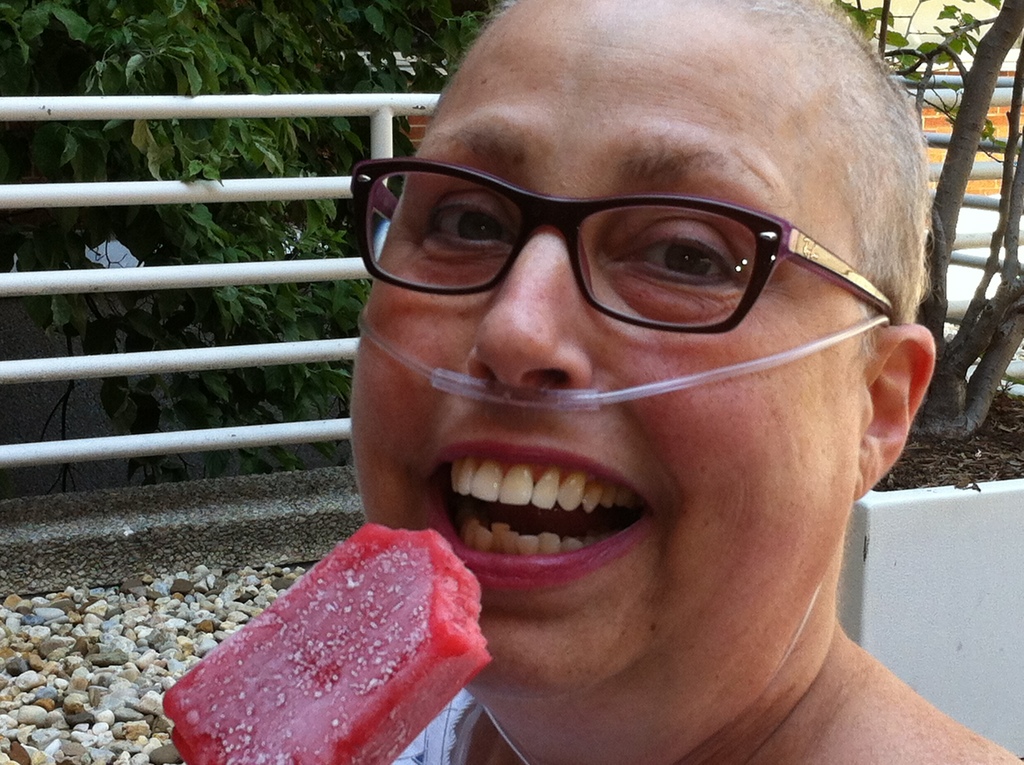 My Michele was a resilient person and the best partner in life that I could ever have prayed to meet, or be blessed to journey with.  In the words of my close childhood friend--who knew Michele well--I married up.

I know it is normal to go backward in my grief -- that's what I've been told in my Grief Share class and on the widow websites. It has been 6 months since my husband died. During that time, I've celebrated four of the biggest holidays (Thanksgiving, Christmas, New Year's and Valentine's Day) and what would have been my 7th wedding anniversary. I've made it through it all with few down times, but otherwise I've been okay. The week of Thanksgiving was horrendous as that's when I happened to…