I am not discouraged, because every wrong attempt discarded is another step forward. – Thomas Edison

I feel the need to keep pushing myself onward through this and I can’t co-exist in two worlds. One in which I am still betrothed to my husband, and one in which I will allow new relationships and new beginnings into my life. I cannot continue to be committed to someone who is not… Continue

It’s so hard to believe that 2 years have almost come and gone without Dave here physically by our side.  Time, 2 years ago on April on April 27th when I was just coming home from a funeral on the East Coast for a dear friend’s young son, I wouldn’t have thought that Dave’s voice…

Next Friday (5/6) will mark the three year anniversary to me becoming a widow.  When I was first widowed, other widows would tell me that the third year was the worst.  I could never understand how that could be possible, but now, I do.  I have been more emotional, short-fused, and feeling more unhinged in the past few days than I have in the past 2 1/2 years.  I  have cried more in the past two or three days than I have over the past year.  It was even more frustrating to have no idea as to…

Can I just squeal? I am so stoked for August.  I've become good friends with a lot of you and can't wait to meet everyone! I am coming in on Thursday early afternoon, and staying till monday afternoon.  I figured since I have a sitter, I would give myself a mini vacation and time to recharge.  Plus my roomate Erin and I are hoping to do something, as well as some of us going out thursday night after we all get in.  I hope everyone is as excited as me, because I wish it was August already!!!

In Loving Memory of a Widow

Today is a very quiet day.

Make no mistake - it's still a typical Tuesday at work.  Lots to do, lots to write, lots of deadlines, emails, phone calls…

But it's still a very quiet day.

It's one of those rare times where I struggle for words – but not for tears.  Tears…

So, I’m one of those folks who saves things. Over the last decade I’ve tried to become more discriminating about what I consider a keepsake.  This cutback in keeping things was motivated by the fact that I lived in a small space with two other pack rats.  My husband was a “collector” of things – hats, t shirts, matchbooks, golf tees – really almost anything. I am a collector of mementos and clothes that I think will last forever.  Well, to my horror, our first born son is the most extreme… 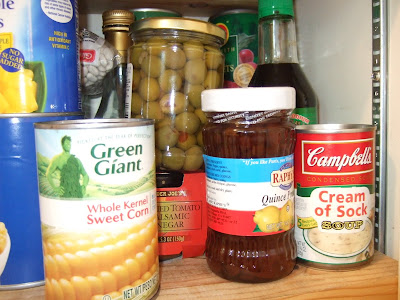 At least 1000 pots after Gavin's death, I widowed the fucking coffee again today. Around here, if we're in the kitchen, "widowed" usually means more or less burned, although Mr. Fresh insists that last night I "widowed" the partner of the rice, not the rice (or the pot). Peh! If I can destroy a 1-qt 18-18-stainless… Continue

When my husband passed away...

When my husband passed away his visitation and funeral was on Easter and Easter Monday. Although in 2007 Easter was on April 8th and I buried him on April 9th.  So when April 8th and 9th rolls around I have that memory and grieving.  But then when Easter and Easter Monday rolls around I feel like greiving again.  So today I was thinking instead of grieving twice in the month of April I would go out and have some fun.  So a I went out to a friends place and went 4 wheeling, and relaxed in…

How Loss Made Me Lucky

Does it have to take a tragedy for some people to love the life they have right now? I'm sorry to say that's what did it for me. It took the death of an incredible man, husband, and father to make me love more purely what's right in front of me.  I'm not proud of this, but it's the truth. My husband? He loved his life before he got sick. There are plenty of people just like him. But I was not one of them. So please forgive the rant I'm about to make. This is not a holier than thou speech.… Continue

"Fleet-ing Thoughts": In-Laws, "Out-laws" and the Luxury of the Armchair

"Fleet-ing Thoughts": The Face(s) That Launch a Thousand Tears

"Fleet-ing Thoughts": Is This it?

It's over.
He's gone.
The doctors and the hospitals and the insurance companies and the tumult and the constant parades of people (well-meaning and otherwise).
The exercise in survival into which the most heinous, evil illness on earth turned a once happily bustling home.
The excruciating pain of…
Continue

Jennifer Lopez said, "If you kiss on the first date and it's not right, then there will be no second date." Here are my top twelve reasons why you may not be getting offers for second dates.

Are you the King or Queen of the first date, but it never leads to having a second date? Check to see if…
Continue

This story begins back in the late '90's, a working class kid graduating high school, his high school girlfriend had turned into more of a best friend, and next week would be the beginning of full time hours at a part time job for the summer.  That job was singing up patients for TV service and collecting payments from them at local hospitals.  Come fall he added being a full time college student to that full time job, and picked up a few hours as a work study in the college's AV department…

my arms around grief instead of you

Torture at the passport office

Finally the time had come to get my children passports
I had wonderful visions of flying off to Aruba, Europe, Australia

Parenting and then grief had occupied those years since my last one was issued and I looked forward to getting a new unexpired one.

I had finally assembled all the necessary documents. I felt so damned organized. Like a functional adult.
Off we went to the post office in the…

Let's see -    what does one do when they miss their spouse - and want to talk or be with no one else?  Cry, sob but it doesn't help.  What a losing position it is to be a widow.  So much work and ef…

Let's see -    what does one do when they miss their spouse - and want to talk or be with no one else?  Cry, sob but it doesn't help.  What a losing position it is to be a widow.  So much work and effort to gain nothing.........rather to lose it all.   Our income is lessened, our chores are doubled, and we are destined to missing the one we love.   There is no relief, or fix or cure.  We go thru the motions best we can to look normal but inside 1/2 of us died also.  We spare others of our… Continue

So I'm going to write another blog post, just need to get my thoughts together, and finalize on a title, I've been bouncing around a few ideas:

"A List of Changes, from Engagement to Death: 4 Years in the Life of Widville's Most Active Member"

"From Engagement to Death in Four Years: Sudden Changes"

But then I got to thinking that maybe I should make it more encompassing, sort of make it my story, a introduction or preface to my loss, go back a few more years,…