A Wedding with Tears...of Joy! 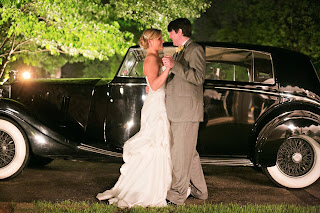 One of my sons got married this weekend.  He is the first of my children to wed.  I feared that not having my husband by my side as we watched our son become a husband…
Continue

Today has been a hard one for me.  It was absolutely beautiful and warm.  The bulbs are blooming and the trees are starting to flower.  The air is still dry and, although it is warm, still has that hint of passing winter.  You know how winter sometimes holds on with just a little bite in the warmth of the sun.

I woke early but with very little anxiety, the anxiety has been starting to ease, and no anger, which comes and goes.  It was quiet and I could smell the sweetness of…

I was told that I am in love with Patrick more now than when he was alive because I am making him out to be the perfect husband. I will be the first to say that Patrick was far from perfect.  Like everyone he had his flaws.  We had our fair share of problems.

He was the type of person that broke things when he got mad.  He would fly off the handle over weird things.  He was one to make spontaneous purchases that used to drive me insane.

There are many other…

I sit here this morning, thinking about the events that took place 6 months ago today. It is hard to believe that it has been 6 months already! People said it would get easier with time. They lied. I think with time, the fog that helped numb the pain, slowly wears off. However with time, I have learned how to deal with the pain. With time, I will learn how to start and live the next chapter of my life!

To keep myself busy I got up and made breakfast even though I wasn't hungry. I…

"If a tree falls in a forest and no one is around to hear it, does it make a sound?"

Most of us have heard that oft posed query, an online reference site states that it…

I am scared.  Within the next two weeks, I have to deal with the following:  the six month sadversary of Kevin's passing, a memorial service at the hospital where he died, his birthday, and Mothers' Day.  (Mothers' Day is always sad for me because Kevin and I were not able to have any children.  This will be the first time I'm by myself.)

I've been doing well, actually, over the past couple of weeks.  I've been busy at work, and my nights and weekends have been filled with…

Found this while going through some old e-mail. Take a look at #56.

So glad that Cindy got to see our son graduate from High School. http://widowedvillage.org/profiles/blogs/graduation-i-m-so-glad-that-cindy-was-here-for-our-son-s

Wish that she was here to see our daughter graduate from college in May.

1. What time did you get up this morning?…

Back To Being The Worst Widow Ever

I have a confession.

I AM THE WORST WIDOW EVER !!

I have a tendency to forget things and dates that are important.  My counselor once told me its a self-defense mechanism.  I tend to bury things that are hurtful to me.  I dont like being sad or angry and I guess I believe that by burying these things way down deep they cant hurt me anymore.  No wonder she diagnosed me with PTSD.  I deal with drama and trauma very well while it is happening, but then break down later (sometimes…

I am not really sure where my husband went off to. He died. Yes. But it never feels that way. It feels as if he were part of some horrible magic trick in some terrible, cheesy Vegas act. One second – here. The next second – gone. POOF! Magic! It feels as though I took a nap, and then woke up and he went missing, never to be seen again. He died while I was asleep. Asleep. Im not sure that I will ever know how to process that. Im not sure that I want to. I am sure that there…

Michelle has asked that we help Soaring Spirits collect some data to prove that the SSLF programs (Widowed Village, Camp Widow, Widow's Voice) DO make a difference for widowed people.

Please ... when you have an extra 20 minutes or so ... would you click on this link and complete the survey?  And feel free to share with…

After writing my blog "My New Life after Life", I got to thinking that many of you on WV would like to smile again, but find it impossible.  I'm sure that many of you feel that you not only can't smile now, but that you will never be able to do it again.  That's okay, because it's tough losing our loved ones and it can be very hard to get over the grieving process!  Some of us can do it quicker than others and I feel that I've been fortunate in that regard.  So, for…

My New Life after Life

I haven't written for awhile and I thought I'd bring everyone up to date on my new job and what it's like to be working again after being retired for 16 years and being married to the most wonderful girl for nearly 52 years.  In my last blog, I wrote about getting hired at my local Walmart store which just recently expanded to a Super Center.  I was hired as an assembler, because they were looking for someone with mechanical skills.  My working career before I retired…

10 months today.
It seems so long yet so short... how could our lives have changed so drastically in less than a year??? Forever loved, forever missed, never forgotten. We miss you more and more each day Mark. Your kids are all so amazing. They were blessed to have been raised by you. Not a day goes by that we don't think about you, miss you,…
Continue

I've returned from Camp ... Camp Widow, that is

I've updated my personal blog with some thoughts about Camp Widow, but really must first include a link here to an amazing blog post from Kelley Lynn. Kelley was one of the speakers at the recent Myrtle Beach camp and is the Friday blogger on Soaring Spirits' Widow's Voice blog.  Here's a link:  …

Most days are pretty good. I'm doing better than I would have expected...

Some days - including today. I wake up and all I can think is WTF happened and how did I get here?

Wish we hadn't met this way

But thankful I can share with you! YOU HAVE MADE A DIFFERENCE

Ed has been gone from me for 6 months & 24 days. I read over and over and over from people who have received a heart or lungs from a loved one and how very THANKFUL they are to have had someone tell them how happy their life is.

Shortly after Elaine died, I looked for some web sites on grief and found a couple.  Someone later (I don't remember who she was, but I owe her a great debt) told me about Widowed Village.  My experience, as with others I have talked to, is that I never went back to the other sites.

I recently started getting Facebook posts from one of the other sites (which shall remain nameless) and the tone of them was quite different from Widowed Village.  I started reading the posts more…

The One Question I Wish I Could Ask Him

The last 2 nights I've had the same dream.  In the dream I'm hanging out with the kids and a friend of mine.  Patrick shows up.  He's realized that he's missed a year and he can't figure out why.  The last thing he remembers is calling me to tell me he got to order 1 flavor of every jello they had and he couldn't wait to eat.  (This was March 28, he hadn't had…

everyone here gets it

Thanks to all who read and respond to posts. We all need the comfort and support of others and this is a place to get the truth and support. The days are getting easier as I take one step at a time through life. I pray that we all see light while we travel. Hugs, Trish