I just got home late from my painting class and quickly ate some cold chicken at the dinner table. I don't eat here much these days. I'm usually standing up in the kitchen or on the sofa watching netflix. B was a great cook. He prepared most if not all of our meals when he was alive. He loved being in the kitchen, every new and delicious feast would be plated like a piece of art. He took pride in this and was one of the ways he showed he loved me. We would sit at this table every morning and… 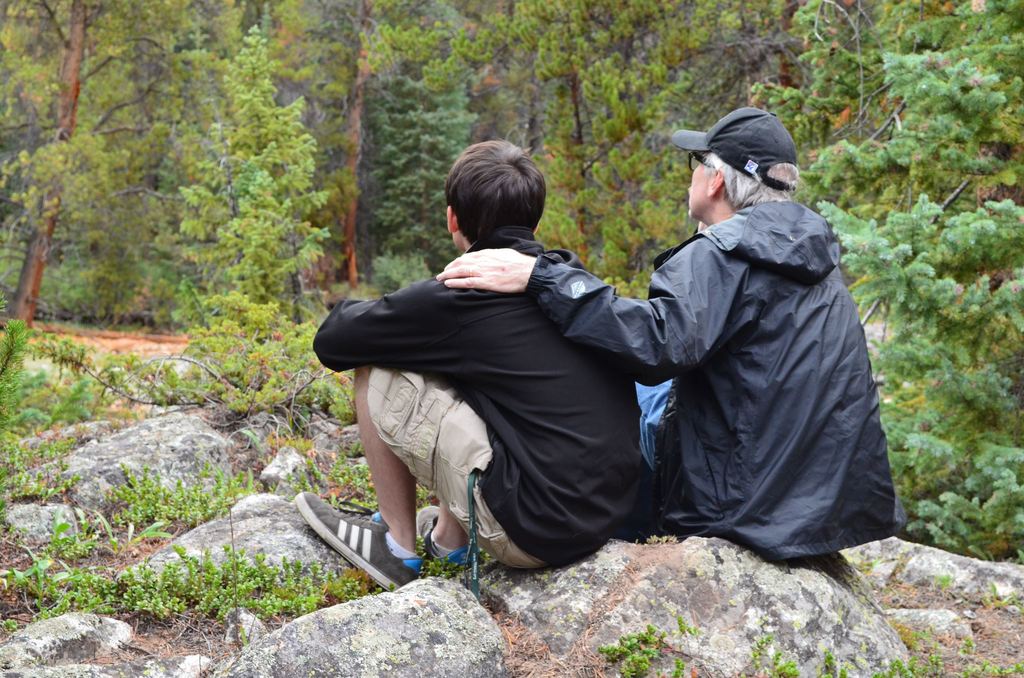 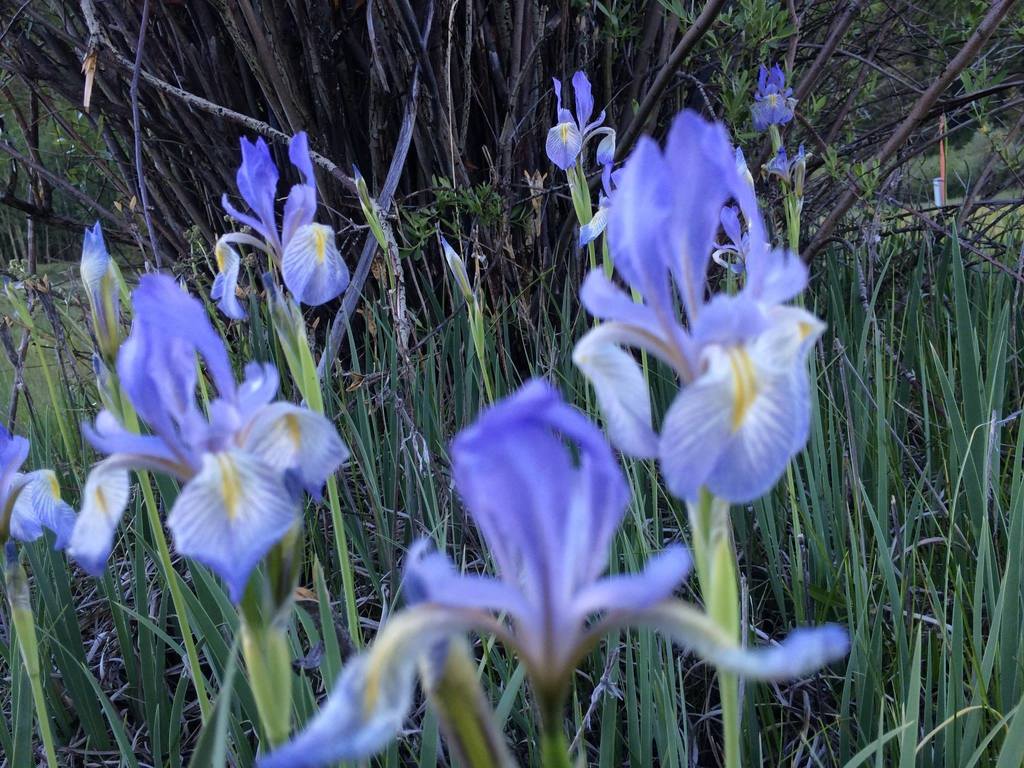 I’ve gone to four weddings since Cindy passed. The first wedding was at 6 months. It was emotional, but in a good way. I was with family. It was a very “colorful” ceremony. And I knew how much Cindy loved my niece and how happy she was…

Let's not forget today is the anniversary of the tragic loss of all but one the Granite Mountain Hotshots. 19 men of the 20 man crew were tragically lost that day.

For more information on this wildland fire fighting team see the official Facebook site at:

Although I didn't know any of the men on that crew, I have participated in… Continue

For the Love of a Beagle

I never had a dog growing up. I didn’t know anything about them when I got Abbey for John except they get fleas and sometimes bite people if they get mad. John had always had and loved beagles. John had so much love in him that he needed one more thing to dote on, care for and love. John needed a dog the way a plant needs water.

Since I brought her home, to Abbey I was the sucker that always fed her and John was her master, her love. That’s how it always was and I was okay with that.…

I read recently that remarriage after widowhood is sometimes referred to as "Chapter 2".   I can identify with that . This is my chapter 2 of love but in the span of my life I think I am on my "Chapter 4".  Let me explain a little bit ...  I was born to a unwed mom of 15 . Raised by my grandmother without much money but really felt loved .   During my childhood I dealt with several emotional and physical issues brought on by my family environment.  I left home at 18, moved across the country…

The summer solstice means balance for me. It means magic and light and joy. It was always a special time for John and me. Each year we planned our yearly trek north so it would land on the summer solstice. We would spend the longest day of the year together on Lake Michigan. We would go hiking searching for the “dragon’s nest”, where rocks had been polished to smooth round eggs. We would ride our bikes through Peninsula State Park and stop at the outdoor theater and allow ourselves the…

A cottage by the hole

I'm having a tough night tonight. I guess I am a good example of even tho it's been four years ,even tho I am dating someone, I just cannot shake the feeling that Bill was the thing that made me brave. He was a recruiter and felt his ability to judge people was a true skill of his. If he thought I was good then I was, Now I am so scared. All the time. Having someone in my life is good, but I feel like a beach house sitting on stilts that has been there for years with the…

Seriously, PLEASE someone tell me this is fairly normal

My husband has been dead 2 years and two months.  I thought I was doing okay, but I don't think I am.  Im so lonely all the time.  My head spins a mile a minute trying to figure out what the heck Im supposed to do with my life, or want to do with my life.  Most of my closest friends are married so for the most part, Im dumped on the weekends.  I was  stay at home mom -newly empty nester when he died -as if that wasn't a transition enough.

I have family and friends and its no…

I didn’t know that waking up, or beginning to wake up, from grief would be so exhausting. That first awful year I was tired, worn out, weary from nights of tears and bargaining with myself that if I could simply make through one more day, it would be okay. That grief fog kept me from engaging in life pretty much at all and it kept me couched in the safety of my own sorrow. I was so wrapped up in trying to make sense of what happened I let anything that wasn’t absolutely necessary, and many…

A poem for Ray

The light of my lover has dimmed
but it is not extinguished.
The flashes of joyful memories are like jewels
strung on the necklace of my life.
Though tears fall as diamonds
in the darkness of the night,
I know my soul will one day grow wings-
and join with his in our dance of eternal love!

Written for Ray in one of those quiet lost moments soon after his crossing over.

I went away for the weekend and visited my sister. She opened up a new gallery and wanted me to see it. It’s in a rural location about 4-1/2 hours from here. I’ve done the drive before with Cindy and was certainly thinking about that as I enjoyed the mountain views.

Friday night at the gallery was very colorful to say the least. I woke up early Saturday morning. It…

The Japanese Maple is my Favorite Tree

I have discovered that my favorite tree is the Japanese maple. I just recently learned this on a trip to San Francisco with my bff MiMi and her Niece and Grandniece (a set of truly fabulous people).  We spent the last Sunday going to the Japanese Tea Gardens, the SF Botanical Gardens, then lunch at Far East in Chinatown (a fabulous place with private booths that have curtains), then the finale’ was a trip to Alcatraz, which I had thought about but never done in the 20 previous years that I…

I had a good day today, and I forgot you weren’t around – I dialed your number to talk to you.  Of course you weren’t there.

Music camp, smiles, hugs and words.  All I wanted to say, I wanted to share these moments with you, but I cant.

Our sons are growing, they are getting…

That Time of Month-Flashbacks, Bitterness and Tears

I’ve been feeling weepy for days. Driving in the car, start to weep, watching Game of Thrones, start to weep, making tea start to weep, to which I have to ask of myself what the hell? Then I finally looked at the calendar and realized yep- it’s that time of month again-the week that John would have died. This happens so regularly you would think I would know what it was right away by now. This month being 21 months. 21 months today actually. And I think it strange and yet comforting somehow…

Waiting for the Fourth Watch...  Stretching My Faith and Trust    As I have been trying to wait patiently and have faith and trust in God concerning the sale of my house, a story from my past keep…

Waiting for the Fourth Watch...

Stretching My Faith and Trust

As I have been trying to wait patiently and have faith and trust in God concerning the sale of my house, a story from my past keeps entering my…

One of my problems seems to be that I have no-one to bounce ideas off now.  When Ray was his full self, before strokes diminished his intellectual powers, he could always see where I could do something better.  Sometimes I resented that and sometimes I knew he was right and adjusted my plans.  Now I seem to stumble on in the dark and try to get it right but often get it wrong.

I"m at 11 weeks, and I'm so tired.  I'm tired of the emptiness, the silence, the pain, the every. single. day. of. living.  I push through, but only because I have a 15 yr old.  But I"m tired.  Today, as I was driving down the freeway, I felt so overwhelmingly exhausted.  The meds I finally gave into taking aren't working so much anymore... and I can't tell the doctor I put on my "mask" for her and for everyone for that matter... I"m just ... done.  11 weeks along, and I'm done.  I have no…

Carrying That Which Must Be Carried

I recently had dinner with a friend who is also a widow. For those of you how have cobbled together a group of fellow travelers of this widowed path, you understand what sort of balm it can be to spend time with someone who “gets it” and also who doesn’t expect you to pretend you’re okay or to ignore the sadness that lives inside of you often right beside the occasional laughter. Someone who has no judgment about why you cannot part with a loved ones belongings or the dual desires to both…

I left the house early today To go fix a radio station Out in the Everglades of New Jeresy..   I came home and Found My son.. Crying in his room . I thought he was leaving for work.. He then asked me about the Recording On the Computer in my Bedroom...I said What recording...  I have Been through this machine Looking for some sort of Video last will... anything. came up with Nothing,But the other night I did a download Of Pictures From her Phone, and did Not know it also Downloaded Her Voice…

It will be three weeks tomorrow that Chuck left this world. This morning it finally sunk in that I was just going to feel crappy and out of sorts and lonely... for a while and I might as well suck it up and get on with it. So today, I started out by journaling how I was feeling, asking for acceptance and courage and then I decided to get on with my day. I still want to howl with my loss- my daughter left me a post-it note on my mirror before she left for her home in CT that when I…