I've been away from home now for one week and one day. I'm already feeling such a pull to be home. I love my children and Granddaughters so much but I'm afraid the pain and loss I feel inside is going to cut me off from them.

I put on a happy face everyday.....then after everyone goes to bed I cry until my sleeping pill kicks in. Such a sad life to live. It will be 3 months on the 14th of Aug. and some place in my mind I look at his picture and still don't believe he's…

This weekend my daughter and the babies (age 2.5 and 6 months) and I went to Monterey.  It was the special place that Walter and I went nearly each year for our anniversary.  We started going to Monterey/Carmel because it's only a 4 hour drive away and we could spend a weekend there and still get back home Sunday night before his dialysis treatments on Monday.  It became our special place.  After Walter passed away I didn't think I'd ever be able to go there again because it was so special…

Hello Again! made it back safely to and from Charlotte North Carolina and had a GREAT time. This was my second time flying without DH. Last summer was to St. Louis. I worried so last July about navigating my way through the Philadelphia airport alone and not missing the flight that a week before the trip I was stumped when someone asked how I was going to the airport.

Oh I have to GET to the airport, right. And I was flying out at 6pm people are…

So we were talking about timing, and how maybe things happen for a reason at the end of part 2.

They start talking online again regularly, then on the phone, and then they get together and hang out.  It's a little awkward at first, but quickly enough it's like they picked right up where they left off.  He is a little apprehensive though, he needs to know what this is going to be, are…

My Journey To Loss: The First Loss and the Aftermath. (Part 2 of 5)

So yeah, where did I leave off in this story, oh yeah, he was now dating the love of his life and the relationship comes to an unexpected end.  Let me set the scene, everything is great, and then all of a sudden she doesn't want to see him.  This is a few days before they're supposed to attend his rescue company dinner at the firehouse together, they had been to the department dinner together…

(This is a post I wrote 10 months after Jim died.  It still applies.)
This is one of those pictures that doesn't need any words about love.  It's there. 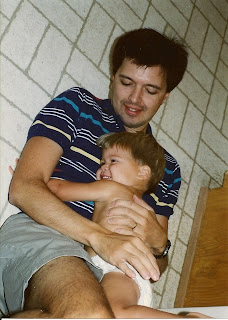 OK, let me just warn you upfront.  This is going to be a weird post.  I'm going to try to explain something that I felt yesterday but I don't really know how to…
Continue

My Rodney...I wish I had known it wasn't just another ordinary night...I wish I had known that it would be the last time we spent together. But then...would we have done anything differently? We said I love you, you put your arms around me, and we fell asleep...just like always. I don't believe there is any other way I would rather have spent our last moments together. I miss you and love you with every breath I take, and I always will, my darling, handsome husband. Yours, Always, Carolynne

Hey all you fabulous 2011 Camp Widow attendees!  If you missed Michele's chat tonight, here's the notes I took. If you're attending, be sure to RSVP the Camp Widow 2011 Event over on the right-hand side of the home page.

Branches spreading out against the prismatic sky. Twisting and stretching with new growth.

A time to grow, a time for change.

The trunk scarred and dead inside, yet still the limbs produce healthy leaves that unfurl under the warming sunlight.

Bright globes of ripening fruit that with the smallest touch will bruise easily and fall to the ground. Tender… 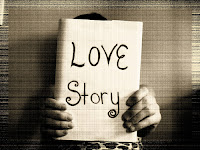 Susan,
I love Our Love Story.  Before I met you, I always wondered…
Continue

I am still driving my husband's 1996 Chevy Tahoe. It is my only vehicle since I had to turn in my 2007 Chevy Impala when the lease ended. I could not afford to buy the car. My brother-in-law sells used cars and has a 1998 Chrysler Sebring Convertible that he thinks would be good for me to have. I have driven the car a few times and it was fine.

My old Tahoe still runs great, but it loses coolant somewhere and seems to burn oil. It does not get good gas mileage and is far more…

Loss Of An Angel

It just wasn't meant to be.
(Oh, but your presence was etched in fate?)

God never gives you more than you can handle.
(Tell God to take this job and shove it)

When one door closes, another one opens.
(Yeah…I think the exit door just opened)

She is in a better place.
(Yeah, being married to me must have…

Saturday is Walter's birthday and my daughter and the grandbabies are going with me to a special place that Walter and I visited nearly every year on our anniversary.  It's a beautiful place along the California coastline. I haven't been there since he died 2 and 1/2 years ago; and there was a time I thought I'd never go there again.  But, now I want to go, I need to see it again.  It won't be the same without him, but I can't live in fear that something is going to be unbearable for me. … Continue

So this process has taken me several weeks to complete.

Who KNEW that picking one picture and adding text no more than 14 words would be so much?

One of the options we have at Camp Widow is to participate in the “Tribute Tile”.

Then once the picture is chosen, you can add (if you…

That was then...LIFE is now

This will be my last note to you on my blog. I had a horrible night last night and felt the weight of the world on me.

That was then. This is now.

Now I will walk my own path. Alone. That’s how you wanted it, but I’m not truly alone.

I will do the very things that make me happy and make our children laugh.

I will watch Beaches and not brush away the tears for fear of being made fun of.

I will go to my friends and families houses, because…

.....boys on the verge of teenagehood

Why do my boys constantly drive me crazy! Yes they are tweenies and will be 13 in December but OMG...the attitudes and disrespect lately is so so bad.

We've just past the one year anniversary (end April) of Craig's death so a little could be said it may be hitting them hard but I am also sick of making excuses.  Yes the May/June for me were bad.  It definately hit me hard so yes unfortunately the boys copped my…

I have been so mad at you for the last two weeks that I have not shed one tear. Truthfully, in the last few days, I have hardly given you a second thought. Until tonight.

You had to know i would forgive you at some point, I always did. I don't know that I have forgiven you, I'm not sure I can. I have damn good reasons for being mad. What you did was so hurtful to me, I mean it was really a low blow. Especially because of how proud you were of what I had accomplished last September. I…

In The Wee Hours

In the wee hours is what gets me. I know I could phone a friend, but what on earth would I say? I know if I polled the audience they would just tell me to go back to bed...

Yet, in the wee hours is when I can't breathe. It's when the weight of the world sits squarely on my chest and dares me to get up and try to fight.

The wee hours is when I am scared, when there is no one there to hear my pain.

All this you left behind. So much to do.

There are so many layers to the grieving process.  There are times I may feel so sad and alone, longing to see and hold Yuri one more time. Then there are times when I feel happy and at peace knowing he is always with me because he is a part of me. I was forced to focus on how he died for so long because of the lawsuit I pursued.  All I wanted was to bring justice for him and hold people accountable for their failures. The process was quite arduous and draining.  With the litigation behind…

In January 2008 Walter went to the hospital because of problems with his heart.  I know the doctors didn't expect him to make it because he was hooked up to the heart monitor and they strapped a heart defibulator around his chest because they expected him to code at any moment.  I was too scared to breathe.  But, after several days, they discovered that his blood pressure medication needed to be adjusted and he soon came home.  Once again we rejoiced and praised the Lord!  After Walter came… Continue