Today was a day where I just could not stop the emotions. I have been struggling with feeling like friends are letting me down and drifting away. This is causing me to become angry with them and with God. Today I was putting some thought together trying to understand better. My wife Melanie was my best friend (just one of many things she was to me). No one is or was ever closer to me. She was usually the first person I spoke with in the morning and the last…

Back in catholic high school, we had a retreat where we watched a movie about a sweet young college girl.  One day, the girl heard some jazz music, saw a clarinet player on stage in a bar, and the next thing you knew, the girl was drinking, smoking and doing some other clearly non-catholic things. Later in our all-girls class, the nun explained the movie to us by saying that the musician was Satan, the clarinet was a phallic symbol, and we would probably end up in Hell if we dated…

In a few days it will be nine months since I watched Kevin die.  I no longer am counting in days, or even weeks.  Now, it just seems like one big long "life" without him.  As I've experienced the "firsts" (first birthday, first vacation, first family event, first visit to the vet, first tax return, first anniversary, etc.) without him, I have simply felt sad.  The actual events haven't been that bad, I've just been sad to experience them without him.  In the past nine (almost) months, a few…

Nine months and six days ago we made our last trip to the ER. I certainly didn't think it was going to be the last trip at the time. On the way there, my gas light came on. I didn't even notice it because I usually never let my tank get below 1/4 of a tank. My husband noticed it and brought it to my attention. I said, "Honey, it will have to wait." Then a block later I realized that I could run out of gas in the middle of the night on my way home so I made a quick right hand turn into the gas… Continue

To say I am angry is an understatement!  Not just that the bill came years after the service but that I now have had to relive that horrible time when we…

I have a washer and dryer I'm not using.  I offered them before but no takers, put them in storage until I found a place to buy and now that time has come and I need to clean out my storage locker.  The dryer is gas, and they both work good.  The place I'm buying already has a washer and dryer, and  I'd rather give them to a widow that has a need than sell them.  I have a truck so can deliver them within a reasonable distance of Anaheim, CA.

It’s nice the way time can change your perspective.  Hopefully people are softened... but you never know.  I've met some hardened souls.   About a year ago I began reading the hundreds of emails I have that documented my relationship with Edd.  Before we met... after we met... throughout our dating... and later into our marriage.  They are treasures.  But when I first read…

My name is Jay and I live in the suburbs of Philadelphia. Last November my wife Melanie lost her battle with uterine cancer. She left our world 10 days after our 19 wedding anniversary. I am now the single father of 3 boys 16, 14 and 12.

I have not written much (anything) on Willow Village yet but I have appreciated being able to read others thoughts. I was looking for some people to talk with who are going through the loss of their spouse. I have two friends who lost…

Positivity, encouragement and some pick-me-ups <3 (lots of images and text!!) 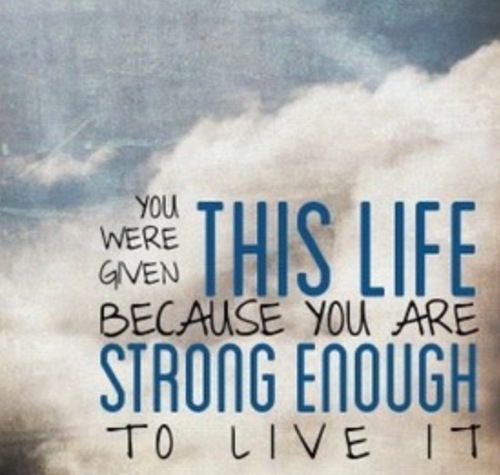 Sometimes, it is very hard to imagine that this is the life that we are supposed to be living, especially after all, we are all dealing with such a great loss in our lives. Find joy in the fact that you were lucky enough to find that person, though, out of all the people in the world and able to spend the time you had with them. Its very…

Moving on... slowly but surely.

Life is passing me by, whether I do anything with it or not. Time waits for no one, and in that time, there is room for change (so very much change), healing, recovery and reflection. I've recently been lucky enough to find a job, which is keeping me busy, however, I'm realizing that it's good to have something to keep my mind from wandering. Not that I feel there is anything wrong with thinking about him, us and what we had, but pondering on it for long moments only makes me upset. It's…

Many people feel the pain of losing someone extremely significant to them early in their lives.  I lost wonderful grandparents, but wasn't  that close to them, and for me it wasn't like losing a spouse or parent.  I've wondered... if my faith was stronger would I grieve less?  I don't know.

There's so much I've discovered over the last few years.

Though the sting will fade over time, I'll feel the loss till I…

Put Me In Coach, I'm Ready to Play Today

When I was eleven years old, I dreamed that The Beatles bus would break down in front of my house.  The Beatles would knock at the door, ask to use the phone, and when Paul McCartney saw me, he would demand that I join him on their tour.  Today, I dream about finding a full-time job with benefits.

I think the Beatles dream, even with two of them dead, has a better chance of happening.

Looking back, I've had some freaking wonderful jobs in my life.  I was the…

He loved me beyond all reason

I never expected it. Never was looking for it. Never saw it coming.  Just walked right into it. His love for me was endless, all encompassing, wild, crazy. He was life personified. He had so many friends. So many interests. So much energy. So much everything. And he loved me. He really really really loved me. Beyond all reason or understanding.

Where do I go with this? Where do I take it? What do I do with it?

Thank You, Thank You

To all of my wonderful Widville Chat friends!!  The lilies you sent after my recent surgery are absolutely gorgeous and you wouldn't believe how wonderful they smell.  This is such a caring and thoughtful gesture and truly lifts my spirits.  I am enjoying them so much.

The surgery went well and I am recovering nicely.  The doctor says he got all the cancer with clear margins and that's good, but I wasn't thrilled to hear the cancer was still in several nodes even after the chemo.  I…

to all my WV friends

Music for me has always been a "healer"  sometimes a it comes with a bit of sorrow first, and this song reminded me of all of you

I have been very fortunate to spend the entire month of July at an apartment on the beach where my dog and I walk 2 hours every morning, in and out of the waves. (She runs and chases the ball the entire time). I have family who live within a mile of here and see them often in the evenings but I have deliberately chosen to spend most of this time alone, recovering from the 19 months of Barb's caregiving and her recent death in April. As I get ready to pack up and return home to m friends, my… Continue

On July 19th it was 3 years since I saw Don last. Three years, how can that be? The time has passed so quickly and so much has changed in our lives since then. Don was loved and respected by many. His dear friend and my best friend wrote this poem this…
Continue

Matters of the Brain

"But the thing about remembering is that you don't forget."

You Should Be Here But You're Not

You should be here but you're not.
We were so looking forward to growing old together.
We would have been that elderly couple that made people smile.
Holding hands – being affectionate.
Simply charming!

You should be here but you're not.
We traveled the world together – far and wide.
So many exotic adventures – so many opportunities.
Yet, so much contentment and satisfaction from snuggling on the couch together.
We both appreciated life’s simple…

We all know the "look". It's the one that says "Let me say hi and get away before she starts talking about him again", or "Oh no, she is going to mention his name-again". It's "I feel sorry for her but she should have moved on by now", it's the " Oh God, this is awkward and I am going to look away because I am so glad it's not me" look. It's all that and more, and we have all experienced it. It comes from family, friends, co-workers, etc. I have been getting that look for almost 6 years…