This week, I cried at work. I cried a lot.  Not just by myself, but on the phone, and in front of people. So what you say, that isn't unusual..considering you've lost your husband. But, I wasn't crying in loss, or in missing my husband (or so I think). I cried because I was scared. I screwed something up, and that, to me, was a threat to my security. So, yes, If my husband were still here, I would have the luxury of not worrying about poor performance and losing my job. It's so complicated.…

I just was walking across the lobby at the bank I work at and saw a customer at the teller line that lost his wife a few months ago. The girls weren't saying anything to him. They were doing what most people on the other side do that don't "get it", they were ignoring him.

Following is a letter my stepson wrote and left at our front door to find when we got back home from Florida. It is a letter to my son, who just turned 11, from his dad.  This was T.J.'s first birthday without his dad. My stepson called me and asked me before he did this, if I thought it was okay to do and I said yes (my stepson is 25 and lives over 2 hours away, so it filled my heart to know he drove and did this for T.J.).  Here is the letter to T.J. from his…

If ever there is tomorrow when we're not together. There is something you must always remember. You are braver than you believe, stronger than you seem, and smarter than you think. But the most important thing is, even if we're apart... I'll always be with you. If there ever comes a day when we can't be together keep me in your heart, I'll stay there forever.
-Winnie the pooh
I read this today and thought of you my Love. It's been 12 weeks today…
Continue

So, as I've posted before, I have been widowed for a loooong time. Oct. 16 will be 11 years. I like to think a few years back I finally got my head wrapped around what the loss of Bradley specifically and loss ingeneral mean to me. I definitely came out of my grief with a different perspective on love and loss. But this week I learned that the man I was involved with for a few years during 2006-2009 died.

I had not spoken to him since Jan. of '09 and our relationship ended in…

It is going on 3 months since that horrific morning when I woke up and Bud was dead.  He had not been ill and I just cannot get that day out of my mind.   I am told that later that day, or the next, I told my daughters that I would be "back to normal" in 2 weeks.  I can't believe I said that but I guess I believed it at the time.  Well, Monday will be 3 months and I am nowhere near there.  In fact, I think I am worse and crying more now than I did in those first few shock-filled… 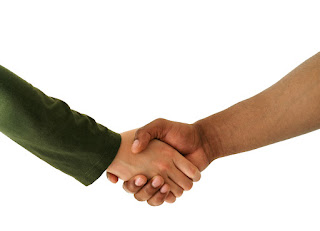 Ten years ago today would have been the day I married my beloved Sergio. It's amazing to me, thinking about how far I've come, after spending this afternoon happily splashing in the pool with my husband Ray and our two daughters. I love my peaceful and joy-filled life, and am so incredibly grateful to have the love of these two incredible men. For those of you early in the journey, I know it's almost impossible to imagine that you will ever feel peace again, but take it from me, time and…

Light on a Dark Path

Light on a Dark Path…

I'm so tired of being told that this is a normal part of life? None of this is normal! Patrick was 36, he still had so much of his life ahead of him.

I also wish people would stop and think that the transplant was supposed to make him better. Make him healthy for the 1st time in his life. This wasn't supposed to happen.

My kids are 13 and 10. You're supposed to be old when your dad dies. There is so many things that he's going to miss out on. Graduations, weddings.… Continue

Tomorrow is my Terry's birthday. He had a chronic blood disease (although this isn't what he died from) and I would love it if you would all give blood tomorrow. You will heal many, and help with my healing process as well. Kisses, Trish

Multiply The Little You Have

This past Sunday’s readings give us a look into what Jesus can do with a little. In John 6: 1-15 Jesus takes five barley loaves and two fish from a little boy and feeds five thousand people! The one thing that stands out to me is that right before he distributed the food, he gave thanks. I would love to know what he said in that prayer.

The other amazing thing is that there were 12 wicker baskets full of food left over after everyone had their fill. He took five loaves of bread and…

As over 2/3rds of a year has passed since the death of DJ, not much time  really...just forever in some ways, and yesterday in others, I am reviewing this recent period, that time from the very moments of her…

I have to constantly remind myself that just because I'm starting to feel better that it doesn't mean that I don't love my Honey with all my heart and soul.  I didn't ever see myself feeling better than I did in the beginning but the fog of shock and confusion is lifting.  Actually, when I think about this I start to cry?  Feeling better makes me cry?  How coocoo is that?  I don't want to feel better.  I think I want to be as sad as I was in the beginning.  How coocoo is that?  Then I think…