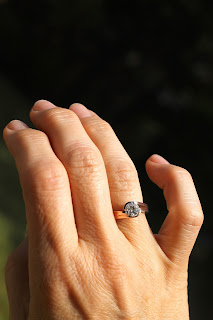 When Edd asked me to marry him back in 2007, on New Year's Day, it was one of the best days of my life.  Not only because of how happy his proposal made me, but because the ring he chose was so incredibly beautiful.   It gave me great joy to wear it.

After losing him I found…

“…Change your words into truth

And then change that truth into love

And maybe our children’s grandchildren

And their grandchildren will know…”

(From the song “As” by Stevie Wonder)…

Waves of grief race toward us like a tsunami.
But there’s no high ground to run to
Because the storm rages deep inside us
There is no place to hide...

things i miss about you

I Am Doing Good

Summer is over and school has started.  This means seeing a lot of people I haven't seen over the summer.

It also means that "how are you doing?" question.  You know, that question that is usually answered with an "I'm ok" because its easier than saying, I'm not ok, things suck, and I want to crawl back into bed and hide from the world.

Only now I can honestly answer "I am good."

I have no idea when it happened.  I went from honestly being ok, to…

today as I awoke my tears fell fresh, my heart broke anew, the pain overwhelmed me, i fell to my knees, and as i struggled to breathe, I missed you for the first time --

I need some Hobbies

I found that I have fallen into some bad patterns. I work all day, come home and do as little as I have to get diner made and then sit in front of the TV or laptop and become some form for a vegetable. Once I am in the vegetable stage I am able to feel really sorry for myself and usually don’t care about anyone else in the world.  Yes a real self-pity party.

I realized I needed to start doing things that I enjoy to get out of the self-pity mode. One thing is I thought of is…

Today after summoning all of my extra energy, and I really do mean ALL of it, I tried to make bruschetta pasta for dinner. Before John died I was a great and avid cook. I saw the bruschetta recipe on a menu for $15 and knew with that simple list of ingredients I could make that no problem. But that was before I lost the cheese grater.  After finding the pot and pasta and pulling the cheese out of the refrigerator I went looking for the cheese grater. It was missing. “Where the hell is that…

A Love As True As You

My step father, Dave has it. "The look." I recognize it. Wayne had it starting about 6 months before he died. I'm angry, Dave shouldn't have the look. He's only 76. He fell and broke his hip, had surgery Friday. I was at his bedside yesterday and he looked at me and said, "Don't look so sad, Diane." But, I wasn't looking sad.


Hopefully I'm imagining all of this. He'll be fine.

Well my daughter left for graduate school in Chicago this morning. My son left for a trip yesterday morning then will start commuting to his grad program for now he says.

She was to leave on Wednesday, the same day I leave for Palm Beach golf trip.But she was asked to come out  earlier for  second  interviews  for two internships she is really excited about. Great  !! I say and tell myself to smile but thinking oh no now I am here in this house  until Wed. Will be…

Today is 6 years since Kevin died. I keep thinking I'm doing so much better and bam! the huge hole in my heart opens up again. I'm struggling today. "Friends" tell me how strong I am, and how well I'm doing and I realize that I'm an imposter. I put on my " cheerful, keep going" mask and today the mask just wouldn't stay on. I broke down more than once and several times in public. People give you a wide berth when that happens, especially in the grocery store!

I know that I have come a…

Some Thoughts At 14+ Months

It’s been a little over 14 months since Cindy passed. As some of you know, we were married for 27-1/2 years and best of friends for 37 years. We had a wonderful marriage. We raised two great kids together. And had a very rich family life on so many levels.

Most times now when I think of Cindy or look at photos or videos our life together, I smile. I have so much gratitude for having been blessed to have such an incredible woman in my life for so long. A true partner, lover… 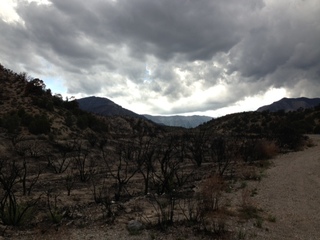 The Path of Life

On Friday afternoon I drove S and M to meet the bus that would deliver them to their weekend camp experience.  They would be attending a camp designated for children who have lost a parent, sibling or grandparent.

S has been excited and a bit nervous anticipating this end to summer adventure.  M has been mostly angry about being sent.  So much so that she wouldn't even look at me, say goodbye or allow me to give her a hug.  And then S…

SEX! SEX! SEX! That three letter words gets attention, whether we admit it or not, regardless of where, when, or how it is used. What do we use to cope with the pain from our loss? SEX? DRUGS? ALCOHOL? FOOD? TV? SHOPPING?

I recently posted two links, one by Outlaw Widow who wrote about SKIN HUNGER which included a brutally honest poem about the desire for anonymous sex to quench that skin hunger. In the first 6-8 months after his death, I felt as if…

My partner believed life was about experiences. He believed it was important to have lots of different experiences and being an extrovert he was always wanting to go somewhere or do something. He made life so much fun for this introvert.

But now he's gone. I know he'd want me to continue to have experiences. If I felt like it, I could go out and do things....go to movies, go to plays and concerts, community events, travel....but it's not the same. Just doing those…

a day of silence, a solitary life

Today I only spoke to one person that being the person who answered the phone at the call centre where my warranty insurance is for the refrigerator.  She told me the repair person "should" be able to come on Wednesday.  So I will turn it on and off manually and keep it empty until then.  Just as well I found the original paperwork eh?

Reach out to healing experts and hope communities

If you have never attended a support group before, you may feel very intimidated by the thought of walking into a room of strangers and offering up your personal pain and experience. Support groups are not for everyone, but I think it is important to at least try a group a few times to see what you might be able to get out of it. It may take a few times of attending to feel comfortable in a group, or it might take trying out a few different groups before you find one that feels like “home.”…