I am and I know

I am better now then my previous post. My family chased away my blues.

My daughter came and cooked for us. I walked with my grandchildren from house to house trick or treating. The night was clear and beautiful I could hear laughter and felt God's peace touch me.

I am going to get through this.

I know God's with me.

I know one day we will be united in…

Today I planned on installing this virtual storage space on my computer Felix's brother sent to me so I can share pictures with him, his mom and sister. So before I did any installing, I loaded up his computer for the first time since I had to round up photos for Felix's wake. I started looking through our files and seeing his smiling face, our smiling faces, broke my heart all over again. Then I found a couple of sound files, one which he says "I love you Baby!"

Tears on my face but I cannot, will not try to stop them. Knowing I will never hold you again or feel your breath close to me just hurts so bad. Like a silent movie, memories run through my mind. I can't find the off button.

I try to stop wondering why I am still here and you had to die.

Been feeling very low today. Can't seem to sleep even with my sleeping pills. The tears started about 2 hours ago, and it seems I have no control over them at all today. I just feel empty, mind, body and soul, all used up. I hate when I get this way but I don't know how to stop it. KC was my everything, now I don't know what to do. He was my rock when I needed one,he was my confidant, he was my friend, he was the love of my life.How do I let go of that? I know I need to fight and dig myself…

I want to start this blog with a statement to alert any friends, family, or strict conservatives to warn them of what I am about to share, but it kind of defeats the purpose of what I feel I have to share. Not for the people I just listed, but for the people for which I started this blog: my widdas.

I had sex. I had a little too much of it after Kevin died,…

I lost my love of 31 years one month ago yesterday to AML Leukemia.  I thought yesterday was tough but today I received a call from hubby's best friends wife letting me know that Hospice said it would be just day for Cecil and that he was asking for me. I should have been to see them a lot sooner but I was only thinking about myself, lately. It was good to see them and to talk about my man David. They were friends for 32 years. He has been a joy in our live for many years. This is all so…

This much I know is true... 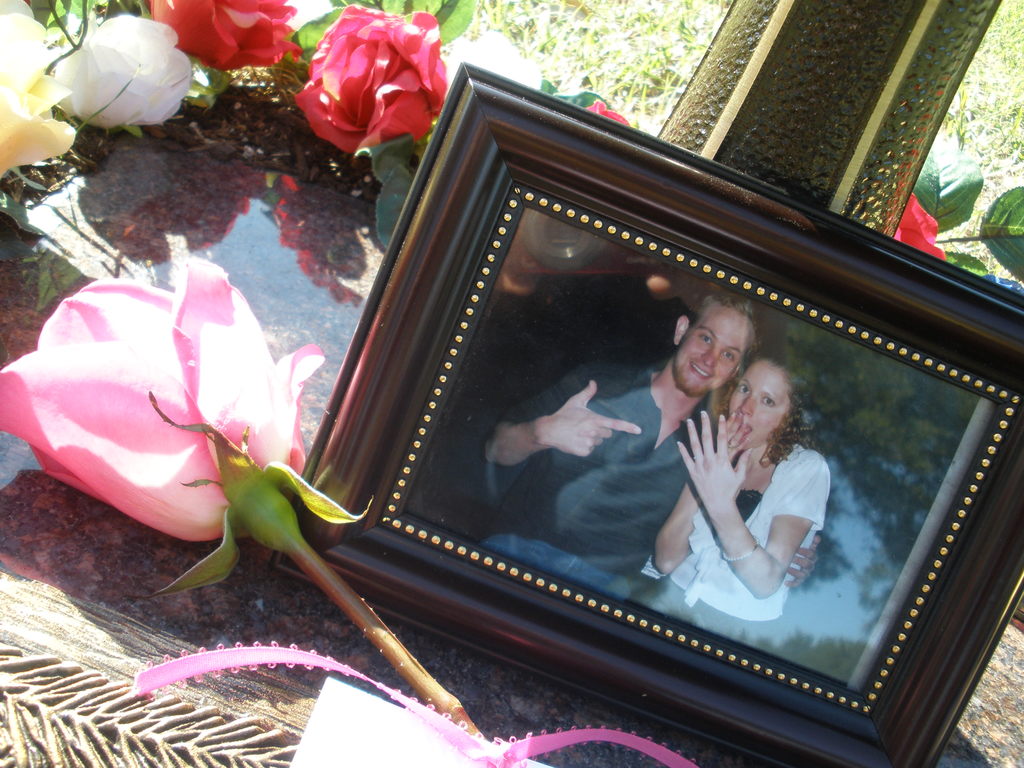 Today we would have been married for 17 months.

I had a totally different blog ready for today, I doubt this will do the day justice, but I will try my best.

I have been feeling this day would be difficult all week. I tried not to think about it. But that’s very difficult to do. Some months this date is harder than others, some…

So tonight I was actually going to venture out to a Halloween party...my close friend invited me out, and even convinced me to buy a costume a few weeks ago (Wonder Woman, she said that is what I am :)) but this noreaster came and just ruined our plans. It's so nasty out. I stepped out this afternoon for a quick lunch and wound up having to buy snow boots to make it back home. So my original $5 lunch cost me $58 LOL. Oh well. So the plans for tonight, Dogs 101 on Animal Planet, visiting WV…

What a great phrase! Choosing my response to my hurts and failures and difficulties...

I posted this today as my facebook status and I just wanted to share it here today.

“Every Mistake, Every moment of weakness, every terrible thing that has happened to you, Grow from it." -- I saw this on someone's wall as part of a quote today and had to share it. I love what this says. I think this is so very true and have always felt that is a big key to success and happiness in life... While I can’t…

Keeper I received this as an email

Snap out of it!

This fall has me in tears constantly. The colors, leaves, the run up to Halloween. It's killing me. Why is that I wonder? Do most of us who had a long happy marriage feel it bad during fall? My mom (93) says the beauty outside reminds us of the pain inside.

Today is Friday. I usually don't think about it but today...

It's probably about 40 or 41 weeks since that Friday in January. If I could only go back in time. I would answer the phone, call 911. Maybe there would have been…

3 Years: A Day that is Mine

When Kevin died I was anything but O.K. despite the fronts that I put on to make it through the day, to feel like less of a burden to those around me.  For the first year or so, Tuesday mornings around 8 a.m. SUCKED.  For months, every single Tuesday around 8 I would feel the weight of his…

Seeing it on paper...

I went to the VA and the Social Security office today to inform them of Randy's death. I had to sign some form verifying dates and information. In the section of our marriage information it said we began our marriage on January 12, 2007 and that out marriage ENDED on October 1, 2011! WTH?!?! What do they mean it ended?? I HATED seeing that. It was like a knife through my freaking heart! Our marriage is not over until I decide it is. He is MY HUSBAND. Not my former or late husband.... my…

Here's what I didn't write there, the questions that run through my head all the time:

It's times like these I can't help but wonder if she'd still be alive if we hadn't kissed that night? If "we" hadn't become "us"? Who…

Hello, Dreamers. On my local PBS radio station KCBX, today's weekly  series "New Dimensions" will feature host Micheal Toms speaking with an author of a book about Dreams and Their Wisdom.

That's "New Dimensions", at 4 PM PDT Today, Thurs 10/28.  You can tune in via your computer and live-stream the audio. These "New Dimensions" programs are always thougthful and interesting. Several Widowed Villagers have discussed dreams…

Emotions of an Anniversary

Meet bitter Brenda.  I am happy to say that, for the most part, she doesn't show up until the bad timing of others.  It's not their INTENTIONAL bad timing (although it feels that way) it's more or less that I would rather not be bugged or asked any questions during times that I feel pissy.  Today = pissy.  Don't ask me to make a decision, a correction, or to review something you're sharing with me.  I don't have time.  No, that's not true.  I don't have energy.  I'm angry.  I don't want to…

Sandy lost her husband 2 years ago today.  Our journeys reflect in one another: we both lost our husbands to cancer, gave up our homes and stability afterwards for something we could handle on our own.  Since those times, however, our journeys have become very unique.

Sandy has a kick ass attitude about life since losing her husband, TJ.  And she knows it.  She set boundaries and achievements for herself and she sticks to them.  Me?  I don't know how to say no!  (Sandy, please teach…

As I was driving the kids to school this morning, I started having a flashback of my early days of widowhood. Driving the kids to school in the rain, thinking about what I needed from the grocery and trying to cover up the massive pain in my heart. I've come along way from those days where everything was numb except the giant whole in my gut. But today, it is back. I'm trying to scream it out, sleep it out, eat it out,cry it out, throw it up - anything to stop this pain. My heart is just so… Continue