This post was inspired by someone asking me how it felt to surround myself with widows for the weekend when technically I couldn't call myself one anymore. I know it came from a place of love and empathy. She really wanted to know if I was uncomfortable. It reminded me that we have a lot of educating to do ...

Forgiveness- A Not So Talked About Healing Component

It occurred to me yesterday after I left grief counseling that grief has another aspect to it that I personally haven’t read much about, but which I think is incredibly useful toward healing. Forgiveness. It’s one of those words you read about and hear others talk about and it sounds comforting, soothing, easy even, and of course it’s the “right thing to do”. While mulling this idea about it became slightly overwhelming the number of those that must be forgiven in order to heal, in…

How to build new memories

It is hard to explain what I am going through right now. I am hoping it just has to do with Spring. I am so restless, not sleeping well at night again, pacing a lot, sitting with my mind blank, just wondering what I should do. I want to write out a plan for the future but I keep asking myself – what future? I am content usually to take one day at a time, I had to do that with Ray's long illness, things constantly changed with him and as he had TIAs fits and seizures on a fairly regular basis…

64 Things We Wish We Had Known About Grief

Difficult Things You Discover about your Deceased Spouse

Well,  I am not much of a writer,  but I need to find out if anyone can relate to my situation.

My husband of 10 years died suddenly this past January.  It was a fairly traumatic week in ICU, then the start of grieving for me.

A few days later I was searching through his papers to find out if he had a will that I hadn't known about.  No will.  However,  I did find some nude photos of his employee 'Amber'.  Now this struck me as odd.  WHy would he have these?  My…

I saw a cartoon the other day that made me laugh regarding how the bed and the bedroom can become totally different places when your life changes from being in a relationship to being alone.
Then, as a "we", the bedroom was a place of deep intimacy. It was our place where secrets & dreams were shared, where discussions were had, where prayers were said and where moments of tender love were experienced. It was our place to rest, to be renewed and to nurture our relationship. A shared… Continue

How do you start all over

The Day the Sun Stopped Shining..... 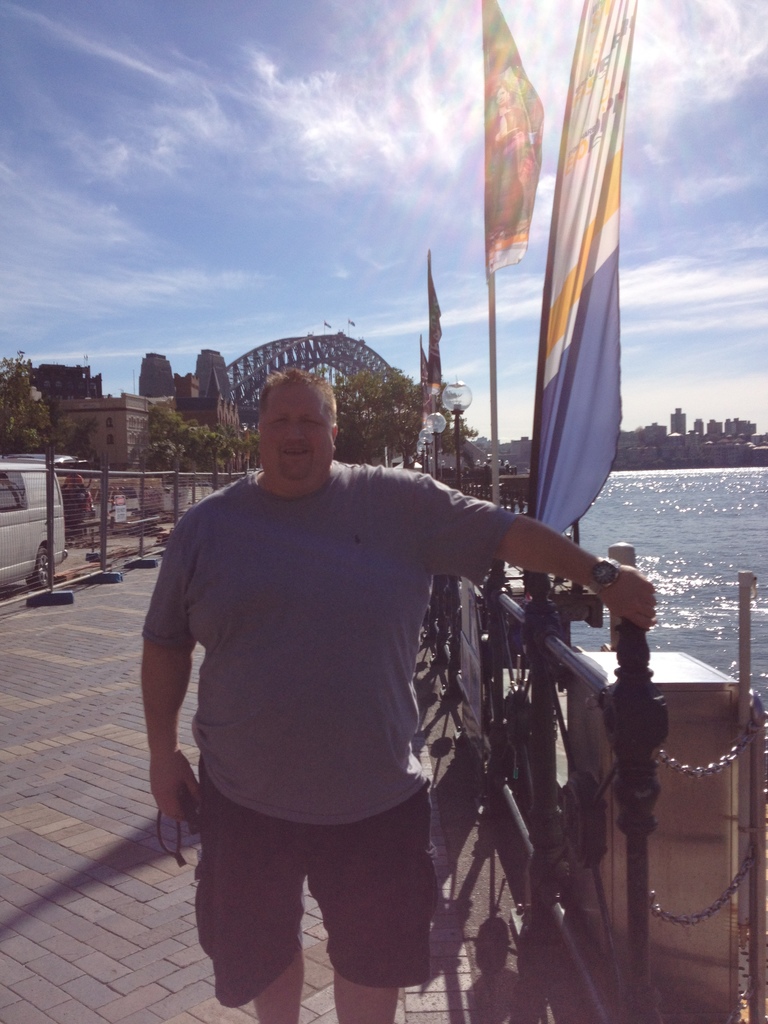 Gary had been in the hospital since Sunday and it's Wednesday.  He had surgery Monday morning and had been fighting all sorts of symptoms.  I keep saying it but I honestly, honestly never thought he wouldn't make it.  Gary had survived two cancers (totally unrelated).  He got non-Hodgkins lymphoma of the thymus in…

Acupuncture, An "Out of The Norm" Path Toward Healing

Three months ago I started to go to acupuncture specifically for grief and depression, I had benefited from acupuncture before for other ailments such as insomnia and allergies, so I had thought about trying it for grief for a long time, but like many things since John died, I had to get brave enough to do it, to step into yet another unknown.

From the first moments I was on the table and Jay, a soft spoken healer with incredibly kind eyes said quietly,…

Today, Tomorrow and That Day

You came home from a trip. You insisted on date night even though your tummy hurt. We went to PF Chengs and a movie. We took this pic. Next day I ran errands, you were still hurting. To the ER we go. You were so damn mad I made you go...even the ER nurses were laughing. Thank God football was on. I left you at 11pm because I had a big meeting the next morning. My single largest regret in life. Nex…
Continue

Can You Please Get Back to the "Before" You Already?

A few days ago I had a friend confide in me that someone I have a casual friendship with complained that I have “changed” that I am “really different” since John died, that they would really like me to “get back to the old me because they missed that version of me”. Well, no shit, I miss that person too.

Of course as she went on, what she meant was she missed the me that was more outgoing, as a introvert I find that statement hilarious because I have never been…

Doing OK -- is that wrong? And why is it so unusual?

I really wish there were some magic fairy dust that I could sprinkle on some of you who hare having such a rough time, even years later.  I keep wondering why I am doing relatively OK just over a year into this widow's journey.  Sometimes I wonder if I'm some kind of monster incapable of feeling, that I should still be crouched in a fetal position in the corner.  But instead I look at the things that have helped me along the way:

Looking away from the past to the future. Can I do this?

Wondering what will happen in the future.  Wondering what the future holds for me. Wondering if I now have the resilience to makes some changes. I have been a long time in the grieving process and maybe it is time to "move on".

I am sitting here thinking. Where will I find someone who will cherish me, just as I am, overweight, developing wrinkles, with a double chin and a body no longer young?  Wondering how I will react to new changes if I do.  Am I up for new thinking, new…

"When I recall, what we had, I feel lost, I feel sad

With nothing but the memory of Yesterlove…"

Today would have been our five year anniversary. So often I have a solid grasp on how to mark such days, but today I’m at a loss. Today, feels sad but it also feels quiet-I suppose that is how grief moves-from a loud, in your face, center of the world cannot get around it gorilla- to, after some time has passed, a quiet walk with me in contemplation and remembrance companion.…

This was a profound experience for me. It went fine. It was SO HARD. I was SO SCARED.

After we got married I quit my full time job and became a free-lancer.  Then we had kids and I didn’t really know what I wanted to do, it was easy to justify wanting to be a stay at home mom. I was grateful for even having the choice to stay at home. Ron wasn’t comfortable being the sole income provider but he traveled…

It’s raining today, a slow, cold drizzle. It’s the type of weather that says to me, ‘slow down’ and so I am trying today to do just that. I'm coming to the end of what I call the trifecta of terrible. This means that I have the anniversary of John’s death, his birthday and our anniversary all within four weeks. I’ve gone back and forth about whether it is better to get it all “out of the way” in four awful, hard, sleepless, tear filled weeks or whether breaking it up some would be… 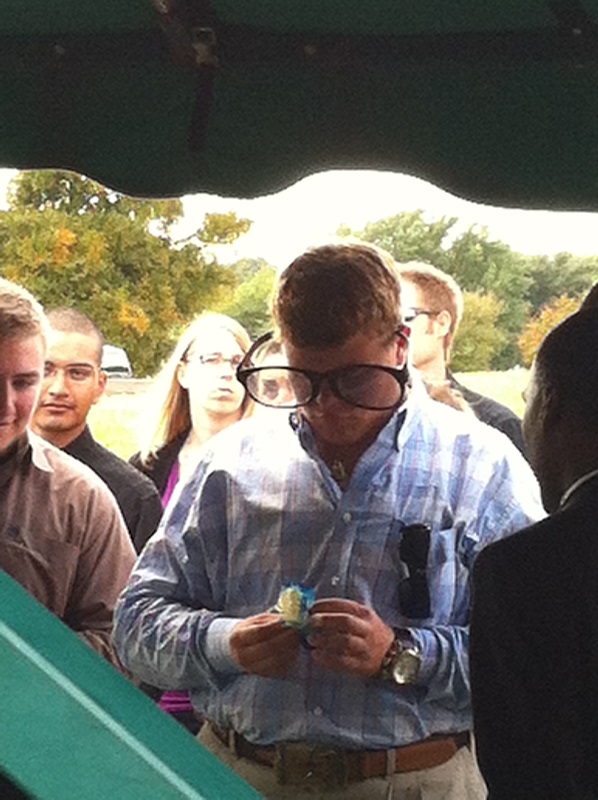 I honestly don't believe I have ever seen a sadder picture than this pic.  This is my son Frank, whom we affectionately call Tank.  This is Tank at his father's funeral.  The single most important person in this boy's life.  His best friend, his world, his idol, his love, his heart, his foundation and his rock.  He is wearing his daddy's "joke" glasses.  He is wearing his…

Is it all about me?

Things still can rock me to the core. I just wanted to write about my Brother-in-law, and the nasty text he wrote me,  but this is really about me. It is about thinking you are just fine and really not being just that! I miss that warm place of my wife's embrace. The embrace when the world seemed to be closing in on me, and she would just hug me and say "its ok babe as long…

Its Wednesday again, the 11th one since that awful day back in July, the 23rd day of the month. When I sat by her bed at the hospital in the early morning hours, holding her hand, feeling her slipping away until she was gone. My daughter was there as well; my son took her husband and the baby home.

Only yesterday I connected the day of the month and realized that our 33rd wedding anniversary was May 23rd, only two months earlier. And that my friend from collage,…