Time to Make a Difference

The last day of the year was always when I'd take a look at our finances to see what donations we were able to do for the year. That all stopped while Vern was sick. No time, no extra dollars. I believe it's important to "pay it forward", to "make a difference" if we're able ... so I'm once again spending New Year's Eve deciding where I can give. There are many worthwhile non-profits out there, but Soaring Spirits Loss Foundation/Camp Widow/Widowed Village are at the top of my list. They…

I can hardly believe that today is the last day of 2012. The last few years have been full of unthinkable tragedy. The loss of my mom, then Jason's dad, then one of our best friends 38 yrs old, then Jason's diagnosis, his illness, the loss of another dear friend also only 38, the death of our first lost friend's mother,  the death of my dad on 12/17/11 and then Jason's death on 3/10/12. Add in the loss of our dog of 11 yrs and me losing my job twice and it has been a roller coaster ride. On…

That was the subject of the email that I got from Victoria's Secret.  I already know that New Year's Eve will be the toughest of the holidays.  New Year's Eve is for couples.  Thanksgiving and Christmas are family holidays.  You eat, you exchange gifts, you visit with friends and family.  New Year's Eve is different.  When you kiss that special someone at the stroke of midnight it's as though you are the only two people in the whole world.  Even if you are at a huge party with hundreds of…

Saturday the kids and I along with Patrick's mom and brother went to place a rose on the Donate Life float. This was very hard an emotional, but also very healing in a way. We were able to share Patrick's story with many people. Even met some of the people that had heard about Patrick and were thrilled to meet us.

Tonight we will be camping out for the parade. Robbie and Patrick's brother, James, have been camped out since 5 AM.

Should be a fun way to ring in the new year.

People always warn us about the holidays. This was my first year to experience the holidays without Cindy. Thanksgiving wasn’t so bad. In fact, at the last minute I even invited a bunch of Cindy’s family over to our house for Thanksgiving dinner (this was Wednesday night). I went out and bought everything Thursday morning. And with the help of my children, finished cooking just in time.

So I thought maybe I’ll get a pass on Christmas. Wrong! Christmas was a challenge and was…

Another Christmas Behind Me...

I made it through another holiday season.  I didn’t shed a single public tear.  People don’t want to hear about loss or watch you grieve when everything is so festive.  The grieving are dark spirits in a season of laughter and light. 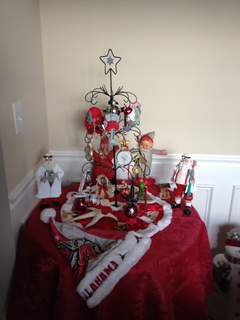 Christmas has been extraordinarily hard for me for many years.  I buried my father…
Continue

I am staring at the tree, unable to fathom taking it down. It was so hard to put it up. However as my five year old son and I put up each ornament, I was flood with memories. Each and every ornament reminded me of my ten years of marriage with Steve. It was moving and lovely to remember, to honor him as we hung them up.

Here I am on the precipace of taking the thing down. And I don't know what that is going to feel like, how it is going to be. As hard as it was to put the…

"The long and winding road, That leads to your door, Will never disappear, I've seen that road before, It always leads me here, Lead me to your door...'' - (The Beatles)

in a glass ball

I feel as if I am in a glass ball.  I can see the world around me and move in it but somehow there is a barrier in between us.  I guess it is the isolating effect of the bereavements.  I know people do understand but I sure wish some of them would reach out in a practical way.  I have always been a hugger and could do with a hug from time to time, or a phone call, or a letter or some form of reaching out.

I have always been the one to initiate contact with most of my friends.  If I…

I'm on the bus heading to the town I spent 9 years with my John...the first time back since my return from Florida. I'm nervous but I want to visit my friends. Strange as this as this sounds I received a push the ticket booth. What I mean is that I had every intention of taking the 9 am bus out from the port authority. I leave the apartment at 7. I figure wirh the local bus and train I should br at the PA at 8:30.

Everything hit perfectly and I arrived at 7:45.… Continue

BEAM ME UP BY PINK

I just wanted to share this song by Pink called Beam Me Up. It's on her new cd. I am going to her concert in March.

Only if I could be Beamed Up by…

A Few Words Can Mean So Much

My SIL posted this under one of our wedding photos on FB. Meant so much to hear this from her.

Cindy left me so many gifts with the letters that she wrote and saved as well as her articles. I am so grateful to have them to read. Here is an excerpt from one:

"After our long day in the car, we decided to look for accommodations in Pisa and our reference was torn pages from a Fodor’s travel guide. On the outskirts, when five lanes of traffic started to squeal around us in mass anarchy, we pulled over by a phone booth. After playing the public phone like loser slots in Vegas, we…

Word for the Year

I've never been very successful with my New Year resolutions; stopped doing them years ago. But earlier this year I selected a word for the year ... just one word to keep in mind as a sort of intention for the year. My word for 2012 was Brave ... and it really was a brave year for me. Perhaps not risky brave, but I did things that were hard for me, things that I had put off, things way outside my comfort zone. Here's my list:

I don't know if this is "normal" for someone in my situation or if I am just losing my mind...

Ellis was only 4 months of when Chris was killed. She will have no memory of him that is her own and I can't even put into words how that makes me feel. I ALWAYS show her his picture and talk about him to her but I am constantly worried about how this will affect her. I am constantly thinking about everything they are both missing out on and all of the things that we wanted to do as a family…

Christmas Gifts/Signs from My Lou on Christmas Day

I had to share this with everyone. On Christmas Eve I had let balloons up for Lou. Well, they got caught on wires on the side of the house up by the side of the roof.  I said Lou take them to Heaven

.  I didn't see them from where I was looking so figured they went.

Christmas Eve I was on the phone with…

A Widow's Letter to Myself

Are you tired of crying? Are you tired of feeling sorry for yourself? What are you waiting for? A committee of friends to bind your wounds or maybe a White Knight to come riding in to save you from the perils of your own thoughts?

.
Don’t cry over the past, it’s gone.
Don’t stress over the future, it hasn’t arrived.
.

His name is David. I met him in the men's room at a Michael's craft store during one of those awkward bathroom moments a few days before Christmas. "It's cold out there," I said as he was fixing his hat at the sink next to me. "It wouldn't be so bad except for the wind," he replied. From there a conversation happened that changed both of our lives.

As we talked I learned that he was homeless, living in a Motel 6 with his brother. He told me his brother was getting married soon and he… 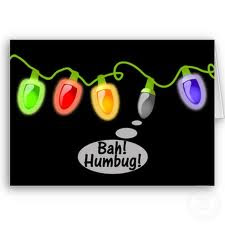 Oh yes!  The sparkles have returned! I honestly did not even think about them this year. No expectations at all.  But when I opened the door at 4:30 Christmas morning there they were in all their splendor. I cannot tell you what those things mean to me. Yes, it's the connection to Vern - to the first time I saw the sparkles just days after he died; how they made me feel they were a message from him that all was well. But now they also remind me that I'm not as alone as I sometimes feel. That…