So I lost my husband to a sudden heart attack 27 days ago.  We were married for 13 years and have 3 amazing kids.  We got married 4 times so we just celebrated our 47th wedding anniversary.  We had a beautiful last night, couldn't have asked for a better last night.  We drove an hour to his favorite restaurant, which is just not something we did on a school night at 6:30 at night on the wet roads of Los Angeles ( it never rains in LA and people just don't know how to drive in it).  But we…

A Prayer to Be Mothered

A Prayer to Be Mothered

Beloved Mother, I come to you not asking for divine intervention but for the abiding grace and shielding force of a mother’s love.

I ask not that you implore for blessings from beyond your reach, but that you will gently lift up and hold all the broken parts of me, in your healing arms.

I humbly tug at the hem of your gown and plead to be swaddled tightly against your breast, so my weary spirit may find rest in your…

The last few days.. aka .. the holiday rollercoaster

These are the "sharable" moments that have happened between December 23rd and today.

December 23rd: I got to have dinner with 3 people that were very important in my love's life. Two of them were guy friends that he had had for years, that had lots of stories of their antics together, the last was a woman that he had referred to as his soul mate. I was not super excited about meeting her, I had heard so much about her that I had even put her up on a pedastal. I…

Thinking About My Sweetie 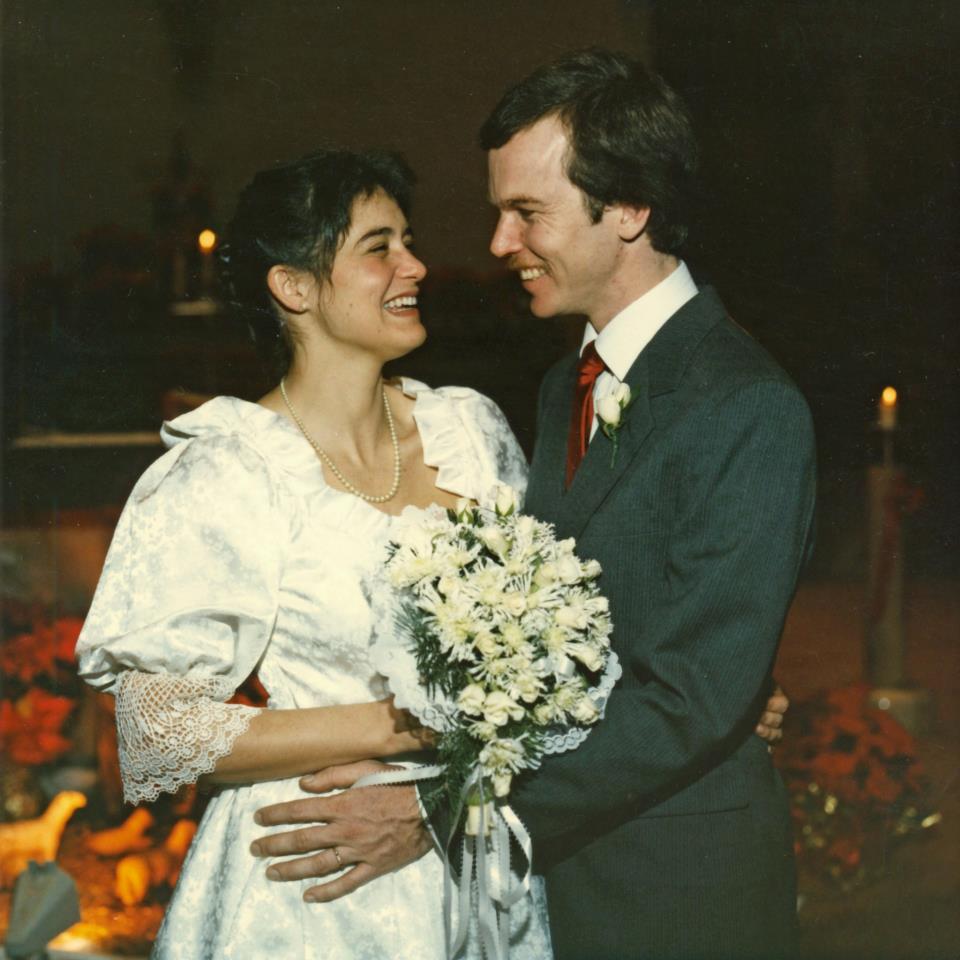 30 years ago, with help from friends and family, we were getting ready for the big day that followed. Love you my sweetie. Thank you for all the years of friendship, love, joy, adventures, wonderful family life and so much more.…

All the broken pieces

I met my husband in 2006. (I'll refer to him as "J") He was in a band and some of my friends wanted me to go watch them practice. I started going to their practices fairly regularly. We were both dating other people at that time but there were plenty of stolen glances from across the room. In January of '07 his sister committed suicide. After that, band practice became more of a drunk fest than anything else. We had lots of fun, that's for sure. Those stolen glances started to progress into… Continue

I wish I could take a picture of loneliness so vivid that others would understand loneliness just by looking at it. I have lived alone for 3 ½ years now although Ray died 2 years and three months ago. He was in hospital and in a nursing home from June 2011 till September 2012. I do cope well during the day but the nights are still very lonely. I hate sleeping alone. I have always loved that there was a living breathing human being close by. I had always shared a room with my sister so…

I thought, staring at that blue coffin that day, was the saddest day of my life....and maybe it was...of my other life...but today, this Christmas morning was the saddest day of my new life.  As I sat there surrounded by my Mom and step-dad and my sister and her family....I realized....I am an add-on, an addition to, a tag-a-long. My little family, mine, my own....the family I had given life to, given my heart and soul to....my lifeslong dedication...is gone.  My husband is in heaven, my son…

my broken heart...what's left of it.

I'm just now crashing. My husband died March 3,2014 right here in our living room, in a hospital bed. I had been acting like super robot computer woman for the past three years. Now he is dead. It now just hit me. And I'm mostly very, very tired. I would like to stay inside and sleep. Over the summer I fell in love, my heart soared to heights I did not know were possible. This was a boy, my crush from when I was 13 or 14 - it ended so badly. He just started to drift from me, left me…

The weddings aren't so sad anymore. Went to a couple of them this past Summer. Certainly did think about Cindy and our life together so much. And hoped that my relatives would have a joyous and happy marriage like I did.

Just got back from my 23 year old nephew's funeral. My brother's family and my family are super close. Our children grew up together seeing each other most every weekend and certainly on all of the birthdays and holidays.

I certainly was thinking about…

Third Christmas Without My Husband...

Days before my first Christmas without Don I wrote a post titled Where Have You Gone, Christmas? and it started like this: “In a year of firsts for widows, probably the hardest first is not the same one across the board. Some might say their wedding anniversary; others might say the birthday that can no longer add a number to an age, still others would name Thanksgiving,…

I felt I should write this morning. I don't know if this is the right place to post this, but feel free to read. I hope it provokes some positive thoughts for everyone.

A garden in the wilderness

The wilderness has its own life and culture. I guess if we want to be scientific we would call it an ecosystem. With its own members and characters to carry out its chores. It very systematic and is able to keep itself well sustained.

But we as people don't do well… Continue

I received a gift from you and would love to thank you for it. You can send me an e-mail here or I am usually in chat.

I'm sure many are with me on that I hate the holidays I find myself being a Grinch. I went to my husbands family Christmas party this past weekend and that was so very hard and overwhelming. Sunday was our 5 year anniversary of being together and I saw his headstone for the first time since it had been place. Nothing has felt so real as to see his name written in stone knowing that it's forever he's not coming back no matter how much I pray, wish upon a star or ask Santa. It's not fair, I…

words from the tower

Dear diary, loneliness is loneliness whatever your age and heartbreak is heartbreak. I do think the thinking at my age is different though, so much "stuff" in our heads.  I am seeking a companion but I cannot let go of a lot of what I would have to to let someone new into my life. There has to be space for a new relationship and it is 50 years since I was 17.

I think of myself as the princess in the tower. The tower I have built with my own hands, it is made  up of all the good things…

It's the MOST MISERABLE TIME of the Year! (Sing it Folks!)

Ah, the holidays. Lights twinkling, friends and family gathering, candles glowing, and frost nipping at your nose. And then GRIEF tripping you on your own toes.  Yeah, it is hard to slog through it. If only there was a fast forward button to breeze my way through this season. All that disgusting joy outside but such sadness on the inside which is why it can be the most miserable time of year.

This time of year is so hard for anyone with a recent loss, especially the loss of a spouse.…

Toby has been gone for 17 months now as of the 7th of December. Life seems to be rolling on ans I can't seem to keep rolling with it. I keep getting get caught up in the wheels.

I clog the wheels of life because I can't seem to move as fast.

What? Stop it it!

I can't process as fast.

I just can't move as fast without him!

I want to keep moving…

I was in so many ways destroyed by John’s death, literally brought to me knees, or more accurately I was brought even lower than my knees, as I spent nearly every night of that first winter after his death curled in a ball, huddled next to a kitchen cabinet sobbing, lost, scared, lonely, and absolutely bereft. At that time, I never wondered how I would move from that spot. I never thought about what road I would travel to stand upright again or what avenue I might seek counsel so that my…

My Mother in laws new keepsake 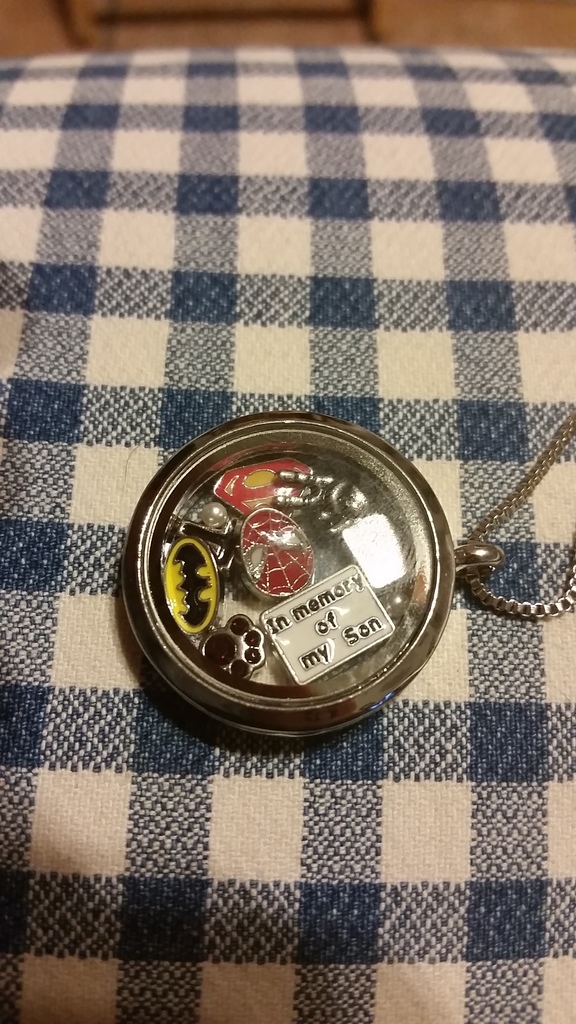 When I got home from work last night, the in-laws were not home yet. When they got home I saw that my mother in law had a new necklace on. She took it off and handed it to me. She said that her former sister in law had picked out these charms and put it together for her. Inside the card that came with it was a little piece of paper, that explained why… 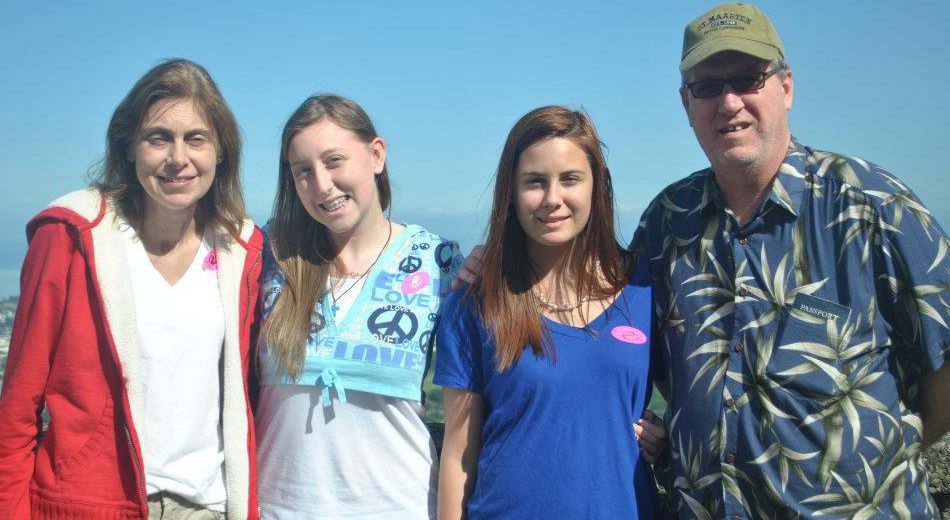 My husband, Stewart, passed away suddenly at age 52 on May 10, 2012 at 12:24 pm from an undiagnosed Pulmonary Embolism. I rushed to the hospital after receiving a frantic phone call from a neighbor saying he had been…

A Loss In The Family

My 23 year old nephew was hit and killed by a car over the weekend. This is my brother's son. His children and my children grew up together and are very close.

Having gone through what we have all experienced puts us in a unique position to empathize, understand and reach out to others. Grateful for when they allow us to.
Here's another photo of Cindy. She loved all of my nieces and nephews so much. She brought so much joy and fun to their lives. The…
Continue