The year 2016 is widely reviled as the year that took many famous people like David Bowie, Prince, Gene Wilder, and Carrie Fisher. But to me 2016 will always be the year that took my beloved husband from me and cheated me out of many happy years together.  He wasn’t famous, but he was the light of my life. I’ll never be the same after 2016. So please join me in giving 2016 a…

This has been a very challenging year. At 5 years out I thought things would be incrementally better. That's not the case. Fallout from IRS tax issues left by my late wife and then financial decisions I made to try and resolve the tax issues only made them worse. As I approach my 59th Birthday I wonder if I'll ever be financially secure again. My new wife of 3 1/2 years is struggling with health issues that have seriously impacted our quality of life. My now adult kids are doing ok but I am… Continue

What I Learned My This Year as a Widow

Sorry to post this way, but I have a blog and I'm too lazy to type things twice. April 10, 2016 marked my third year as a widow.I learned a lot this year about making friends, writing and discovering solo travel. Here's my site,http://www.thehungoverwidow.com/.

This Would've Been Our 1st Christmas as Husband and Wife....

... Well, God decided otherwise. I have fallen off the edge. I haven't been to this site in weeks. Everyday, I told myself to come here and just vent, but I couldn't. My stubbornness took over. Well, this would've been our first Christmas together as husband and wife. God said no. I don't know why he said no, but he did. I miss him so much. I was at the store the other day looking through the aisles for simple bare necessities and kept seeing things that John would want me to buy or make and…

Every year, I stay up over the night of the Winter Solstice.  I stay up all night, and then I go outside and watch the sun rise the next morning.  It's a symbol.  It means, to me, that no matter how dark it gets, no matter how long, I'll be there.  I'll be watching over everyone, and I'll make sure that somehow, the light comes back.

This year, I didn't.

I thought about it.  And then I realized my heart wasn't there.  I was tired, and more than physically.…

First Christmas without you

My first Christmas without you is all too quickly approaching. I have no idea how to function through this. I have no spirit this year at all. We always did big Christmas, this year, I have put up any decorations, or even our tree. I can't even look at the Christmas box. The tears barely stop the closer it gets.

"It's going to be a life-long thing." -Lupe's husband

"Like you're never a recovered widow, you're always recovering." -BabushkaD

Oh how I hate answering that question. There are no easy answers.  People usually want to hear the usual, “I’m fine,” and move on to other topics. But I’m not fine. Life is NOT fine.  How do I say that 3 months after my husband died, I still spend time nearly each day curled up in a ball on the floor? How do I say that I don’t see how I can go on? 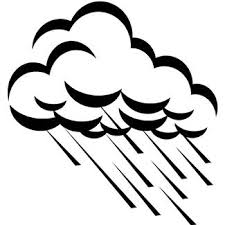 My fifth Christmas without You

You died in May of 2012.
So impossible to understand the finality of death until it happens. Five years is a long time. Long. I don't like this feeling of missing you so much. I can't imagine five more years feeling so ... adrift ...
My 85 year old mother fell and broke her hip 2 weeks ago. That makes it even harder to get into the "Christmas spirit." I have a feeling she'll be able to rehab this hip but I have this scary feeling about her future.
What is the Christmas spirit? I… Continue

The song in my spirit drowned out by my tears,

Looking behind at the grief of the years,

Looking around, but I’m blinded by fear,

Looking ahead, but I’m missing you dear.

Mad as a hornet tonight. Just one of those days when the world conspires again me as a widow.  Nothing special just a whole lot of different people saying : "when we have the family over..." or "my husband and I always"  or just making a few disparaging remarks about their husbands wno they have left at home mowing the lawns etc.  I want my husband back, I want to be part of a couple, I want to be able to say "my husband a nd I"  or "guess what he did?"  I want to not feel left out of the…

Well, I finally got one of my husbands' death certificates when I received his ashes...

I called the Social Security office to only run into a brick wall. I'm not eligible to receive any benefits of any kind. According to them, we weren't married long enough. I don't see how the length of our marriage mattered, but apparently, it does. The way the state sees it, I'm not worth helping out. Idk. I'm still searching for work, but nothing has caught on yet. I was so devastated this… 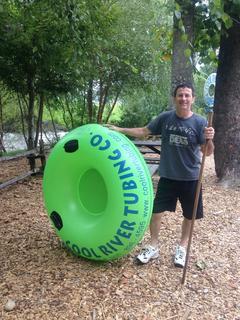 The one thing about death is that it is final. There’s no going back, as much as I wish it were possible. No amount of wishing has yet brought Alan back. I keep trying, though.  But I think I’m stuck with this unhappy reality, as much as I don’t like it.

But what does that mean? It means a lot of things. Most painfully, the things we thought we would do in the future…

I received my husband's ashes yesterday...

I told a friend of mine that I'd gotten the call to come get them. She offered to come with me, but I felt strong enough at the time. I figured I'd go get him and come on back home. I received him along with a death certificate. It was horrible. I got him back to the car, put him in the front seat and cried. I actually talked to his ashes. "We're gonna go home, Ok?" He didn't say anything. I don't even remember the drive back. I guess that was that Widow's Fog kicking in again. I just…