First Anniversary of my Husband's Passing

Tomorrow will mark the one year anniversary of the day Don died. Three hundred and sixty-five days of widowhood. In that year thousands of words have been written in my blog covering a speculum of emotions from raw grief and frustration to sweet memories and attempts to understand my world turned upside down. Twelve months. 8,760 hours. So many anniversaries and holidays, so many ways to mark the passing of time and the road I’ve traveled since he died. Yet there are days---long days---when it feels like time stands still, like I’m crazy-glued in place and Don will come rolling out of the bedroom singing wordless songs at the top of his lungs the way he did so many times since his stroke. Will I ever stop missing his smile, the twinkle in his eyes? Will I ever stop missing being loved?

He was an inspiration to so many people. The way he handled his lack of mobility and loss of speech after his stroke was so upbeat and lacking in self pity that he was even filmed for a video textbook that was produced for speech pathology students. Everywhere we’d go he’d make people smile at his antics. Facial expressions and gestures---he could say more with those than some people can with words and what he couldn’t say he’d point to me to fill in the blanks. He made friends easily both before and after his stroke and I was just along for the ride, his ke-mo-sah-bee coasting in the making friends department because he was so good at it. Am I too old, now, to learn to do it on my own? Do I even have enough time left on earth to master the art?

I am a reasonable person. I know that life cannot go on forever, especially a life living inside a vessel that was so damage by a 12 year old stroke. The pneumonia that finally took my husband, we were told, may have caused brain damage from lacking oxygen too long. I am a loving person. I would not have wanted him to struggle to overcome losses like that again. No one should have to do that twice in one life time. So turning off the machine that kept him breathing was a fairly easy decision. I accepted his passing in a way that not all widows are able to do and I live with the loss of his loving presence in my world. Most days I am alone but not always lonely. Some days I feel Don’s presence holding my hand, whispering a joke in my ear or telling me to move foreword. And I do that for him. I do that for me. I’m a reasonable person. But I question if I’ll ever feel whole again. Is that even possible after losing a spouse?

I used to think that if I could get through this first year I’d be whole again. I even boasted to myself that I’d do my “grief year”---like a prison sentence---then I’d pronounce myself healed and ready for the next chapter of my life. I believe in self-fulfilling prophecies and a year was all the time I felt I could afford to spend mourning what was and can never be again. But the closer I got to this first year anniversary the more I realized how unrealistic those expectations were. What I didn’t understand about this journey in the beginning is that moving though grief is not the same thing as finding a door at the end of a dark tunnel and walking through it. Check that off the list. I’m cured. No, it doesn’t work that way. It’s more like a window screen is dividing the two parts of my life---the pre and post-Don’s death---a screen that lets my strength and resolve flow from the past to form the steps in a staircase to my future. But as quickly as that strength and resolve can flow toward the future it can flow back through the screen seeking refuge in familiar territory. It won’t stay there for long. I know myself; it always comes back and stronger than it left.  But I acknowledge, now, that the second year of widowhood is not going to be sunny stroll on other side of a tunnel door that I had imagined. It’s not going to be a tar pit, either, holding me in place. It’s going to be a step by step climb as I rebuild my life and find me again. The woman who is sometimes wise, sometimes silly but always wanting to honor what Don and I had together by striving towards being as upbeat and lacking in self pity as he was. The first year I just came through? What was that all about? Most widows would answer ‘survival’ and I’d concur. ©

My book documenting my first year of widowhood can be previewed and ordered here. 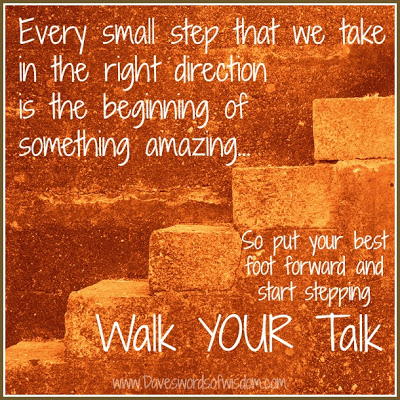 I am thinking of you today, Blue Snow. And I'm glad you got those invitations.

Don's presence emerges in your writing. I feel like I know him, in a way. He's so likable.

Thank you all for your comments and support. I got invited out for lunch AND dinner tomorrow and I'm going. People want to 'take care of me' and I'm going to let them. LOL

Wishing you a peaceful day.. I know will have some "bitter sweet" memories. Hoping some of them bring a sile to you face and heart.

Thanks again for sharing Blue Snow. I like your way with putting this stuff together on paper. I'm into year 3 now, doesn't seem possible but here I am.. year 2 I ran.. and then ran some more.. even ran from this here village.. was fun for a bit but when we run we have to be still for a bit too and then it all comes back.

Marsha.. I hear you about the emotions that we weren't expecting.. I go through stages and sometimes those stages aren't pretty.. like having very little empathy for certain things anymore.. I'm getting better there but some things make me more angry now too.. I don't like angry and I don't like not having empathy and I HATE being selfish.. but this grief can be so selfish. OMG... that I think has been the hardest of all for me. I have guilt for being selfish sometimes. But I have to be sometimes to get through this.

Anyone else feel that guilt or is it just me?

Love this blog Blue Snow. Very well written and oh so true. I thought foolishly year 2 would be different and in many ways it has been. Still had melt downs and emotions I was not expecting. Only way through this is a step at a time. My 2nd anniversary is on Saturday and onto year 3! So hard to believe how far we have all come. (((((Hugs)))))

Well said Blue Snow.  Thank you for sharing with us.