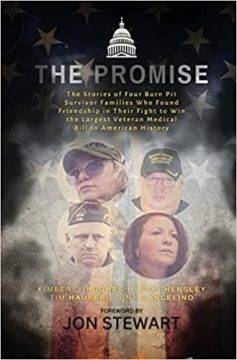 For decades, American Warfighters have come home from overseas only to find that they weren’t done fighting. They knew from what they had seen, smelled, photographed, and recorded that toxic fumes from burn pits were causing cancer, respiratory illness, and other devastating illnesses. Still, the same government that exposed them to toxins argued that their illnesses were unconnected to that exposure.